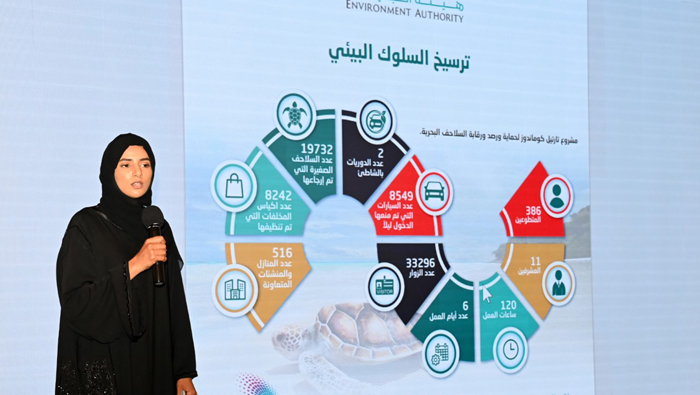 Muscat: The Environment Authority on Sunday held a press conference during which it reviewed the outcome of its activities last year and unveiled programmes of its plan of the new year, which underscores the preparation of a national strategy associated with the goals of Oman Vision 2040.

Al Amri pointed out that the use of plastic bags was banned earlier and the bags were replaced with two-time-use and three-time-use bags and this resulted in cutting down the quantity of discarded plastics.

In a speech at the press conference, Dr. Abdullah Ali Al Amri, Chairman of the Environment Authority, said that, since its inception, Oman Vision 2040 committed the environment sector to realise clear-cut objectives within the span of one decade. Accordingly, work started on Oman Environment Strategy envisaging a set of goals to be met on a yearly basis over a span of 10 years as an executive plan for the next two decades, he said.

He added that the programmes, initiatives and projects brought about by Oman Environment Strategy will reflect positively on the environmental performance of the Sultanate of Oman, upgrading its global rating.

A national team tasked with environment indicators was formed under the leadership of environment specialists and competent partners from public and private sector establishments.