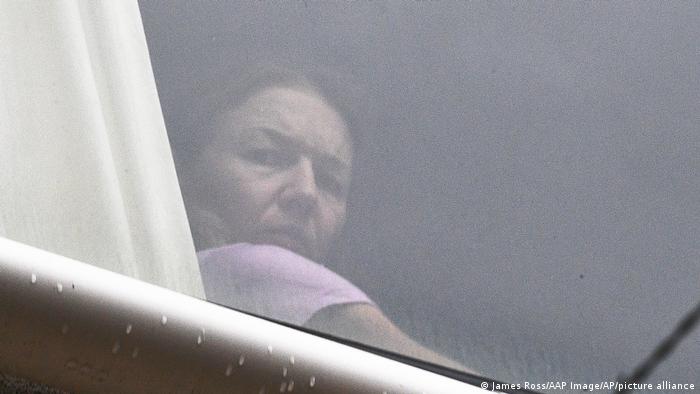 Voracova said she wasn't anti-vaccine, she just didn't have time to get the COVID-19 shot

Voracova was detained in the same hotel as men's No. 1 Novak Djokovic, who has challenged his visa cancellation over a COVID vaccine dispute.

Voracova compared being taken to immigration detention in Australia to "being in an action movie."

Like Djokovic, Voracova had arrived in Australia claiming an exemption from the country's tight COVID-19 vaccine requirements. The reason for the exemption was that she had contracted COVID-19 just before Christmas. The 38-year-old said she wasn't against vaccination, but did not have time to get a jab before she was due to fly out to Australian Open.

"Plus, I had some medical indications. So, I met all the criteria set by the Australian Federation," the doubles specialist told the Czech daily Idnes.

Voracova entered the tournament and played one match before being detained on Thursday and taken to the Park Hotel in Melbourne.

While Voracova's case is separate from the one involving Djokovic, they are facing similar legal issues — they both had their Australian visa revoked amid a blame game between Australian authorities over the handling of COVID-19 vaccine exemptions.

Djokovic's lawyers say he had COVID

On Saturday, Djokovic's lawyers said in a court filing that he also contracted COVID-19 last month.

The filing said that 14 days after testing positive, the Serbian tennis star "had not had a fever or respiratory symptoms of COVID-19 in the last 72 hours."

On January 1, he received written clearance from Australia's immigration department before traveling to the country with a medical exemption from its vaccination rules, the documents added.

Tennis Australia advised players in a memo that a recent COVID-19 infection was grounds for a temporary medical exemption from vaccination.

But the federal government said the advice was valid only for Australian residents, not for foreign nationals trying to enter the country.

In the interview with the Czech daily, Voracova blamed Tennis Australia for "apparently" misleading her.

"It's really strange that I spent a week here in peace, played a match... And then they came for me," she said

Tennis Australia has said it never knowingly misled players and had always conveyed to players that "vaccination is the best course of action."

"We reject completely that the playing group was knowingly misled," it said in a statement quoted by local media.

'Not a tragedy, not a hit parade'

Voracova and Djokovic have been detained in a modest Melbourne hotel.

The detention center is officially known as an "alternative place of detention" and houses about 32 migrants trapped in Australia's hard-line immigration system, some for years.