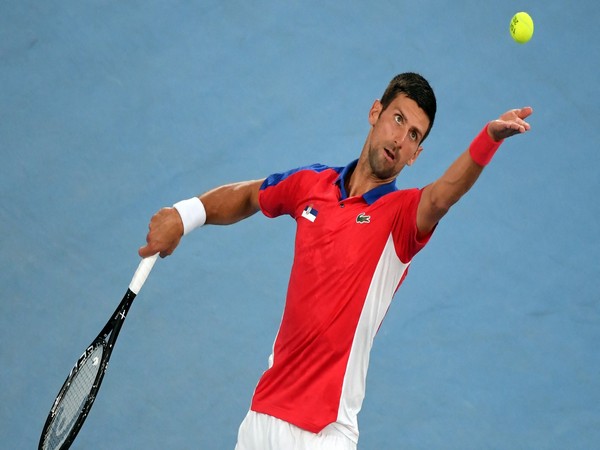 Sydney: World number one men's singles player Novak Djokovic was granted a medical exemption to enter Australia and compete in the Australian Open because he had recently tested positive for COVID-19, court documents published on Saturday has revealed.

"Mr Djokovic had received, on 30 December 2021, a letter from the Chief Medical Officer of Tennis Australia recording that he had been provided with a 'Medical exemption from COVID vaccination' on the grounds that he had recently recovered from COVID," the document said, as per CNN. "The date of the first positive COVID PCR test was recorded on 16 December 2021," the document added.

The Australian Open organizers granted a medical exemption to vaccine-skeptic Djokovic after which he jetted into Melbourne on Wednesday. However, on landing the nine-time Australian Open champion spent eight hours in detention at Melbourne Airport where he unsuccessfully pleaded his case to border officials.

The Serbian is currently in immigration detention after having his visa canceled. In the court documents published on Saturday, it is stated that he has "not had a fever or respiratory symptoms of COVID-19 in the last 72 hours".

Djokovic on Friday had thanked people for their support since he was refused entry to Australia over his COVID-19 vaccine status.

"Thank you to people around the world for your continuous support. I can feel it and it is greatly appreciated," the Serbian, who is in a detention facility in Melbourne awaiting an appeal, said on Instagram.