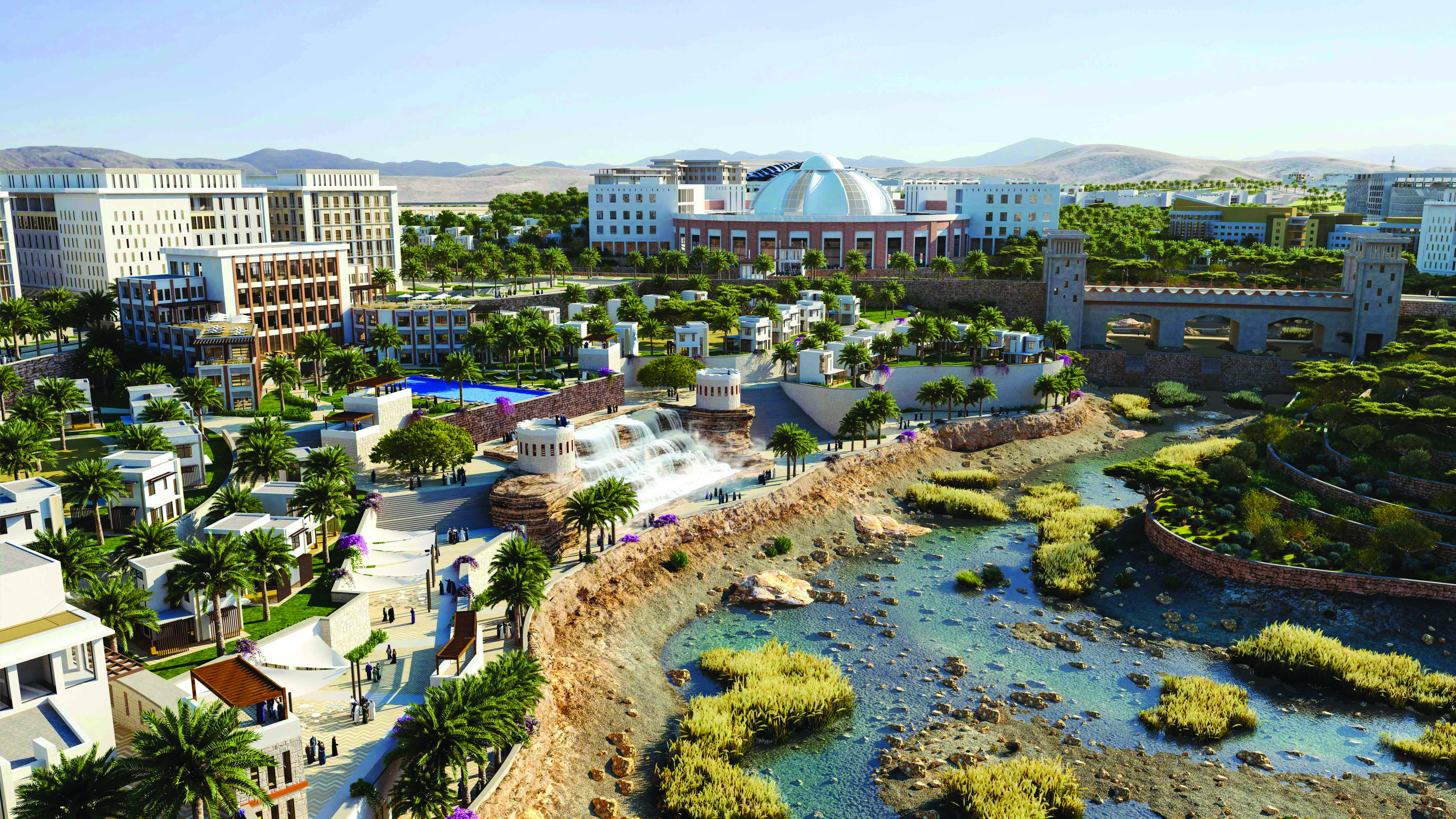 Muscat: Omran's Madinat Al Irfan project has been selected by the Royal Town Planning Institute (RTPI) as one of the top five projects in the world.
RTPI is the United Kingdom’s leading planning body for spatial, sustainable and inclusive planning. It is the largest planning institute in Europe with more than 23,000 members.
The RTPI Awards for Planning Excellence are the most established and respected awards in the planning industry.
Madinat Al-Irfan is the Sultanate’s largest urban development project, which will create a new downtown area for the Muscat capital district.
The project is situated close to the new international airport and enjoys excellent transport connections to the capital area and beyond.
Commissioned by Omran, Oman’s national master developer of major tourism, heritage and urban assets, Madinat al Irfan will be a 624 hectare extension to the Omani capital of Muscat, with a living, working and visiting population of 280,000.
Allies and Morrison was appointed to develop a detailed master plan following a competition by invitation held by the Royal Institute of British Architects (RIBA) in 2014.
Allies and Morrison collaborated closely with a multi-disciplinary team of infrastructure specialists at Arup and landscape architect Kim Wilkie.
On completion, Madinat Al Irfan will become the gateway to Oman.
The city will establish an integrated, sustainable and inclusive community, catering to different ages, income and ethnic groups.
With a wadi park as its spine, it will be a city with public space as its heart.
Madinat Al Irfan will also become an example, both locally and regionally, providing a model for urban development.
Importantly, Madinat Al Irfan will also become a catalyst for change in Oman; setting new benchmarks in terms of sustainability and urban design, providing public transport while creating a magnet for business, a centre for tourism and a great place to live and work.