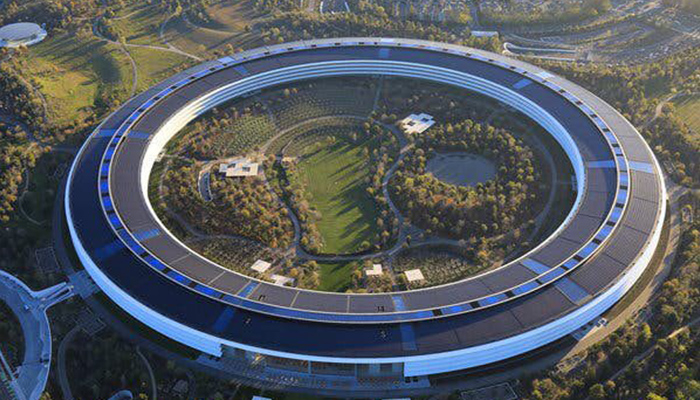 Washington: In yet another major milestone, Apple became the world's first three trillion US dollar company on Monday.

The iPhone maker topped a market value of USD 3 trillion -- the first publicly-traded company ever to be worth that much, reported CNN. Shares of Apple (AAPL) were briefly up about 3 per cent to a new all-time high of USD 182.88, surpassing the USD 182.85 per share it needed to be worth USD 3 trillion. The stock later pulled back from that level.

Earlier, Apple's market value first crossed the USD 1 trillion thresholds in August 2018 and passed USD 2 trillion in August 2020.
Apple shares were up nearly 35 per cent in 2021. The company has benefited from booming demand for its new iPhone 13 and other older models as well as subscription services such as Apple Music, Apple TV+, iCloud and its popular App Store, reported CNN.

Sales surged nearly 30 per cent to more than USD 83 billion in Apple's fall quarter, which ended in September. The company has a whopping USD 191 billion in cash as well.

It seems that Apple will be joined in by other companies in the 3-trillion club - Microsoft (MSFT) is now worth about USD 2.5 trillion and Google owner Alphabet's (GOOGL) market value is right around USD 2 trillion.

Still giant but further behind are Amazon (AMZN), which has a market cap of USD 1.7 trillion, and Elon Musk's Tesla (TSLA), worth about USD 1.2 trillion, reported CNN.