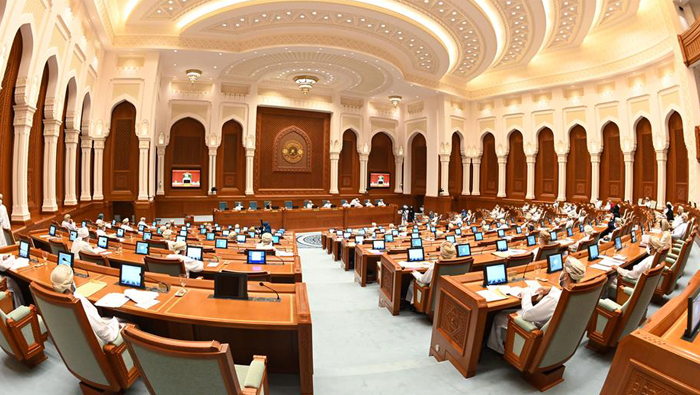 Muscat: The State Council on Monday held a meeting during which it studied proposals to amend the Law on Records and Archives and the Securities Act in preparation to submit the drafts of both to His Majesty Sultan Haitham Bin Tarik, along with the opinions of the State Council and the Shura Council.

The drafts of the Archives and Records Law (promulgated under Royal Decree No. 60/2007) and the Securities Act were earlier forwarded to the two councils for discussion by the Council of Ministers.

Al Khalili said in a speech at the outset of the session that the meeting coincides with the start of a new year which, he wished, would be a year of bounty for Oman and His Majesty the Sultan. He also wished that 2022 would see the eradication of coronavirus and the recovery of the global economy from the negative impacts of the pandemic.

Then, Dr. Rashid Salim Al Badi, Chairman of the Legal Committee at the State Council, said that the proposed amendment of the first draft law stems from a keenness to address the challenges facing the Records and Archives Authority so that the implementation of the law would conform with the provisions of the State’s Administrative Apparatus’s System promulgated under Royal Decree No. 75/2020.

Amendments were proposed to be made to the 14th Article of the Records and Archives Law forwarded to the State Council, said Al Badi.

In his turn, Sheikh Mohammed Abdullah Al Harthi, Chairman of the Economic Committee, said that the proposed amendments to the Securities Act assume significance due to the fact that the law plays a great role in facilitating the activities of the national economy.

Al Harthi explained that the draft law deals with many vital issues, including the funding of existing productive units and new investment units, providing alternative opportunities for investors other than traditional banking portfolios, allowing the owners of small and medium enterprises to become investors, contributing to the financing of development plans, consolidating internal and external credit and achieving efficiency in channeling resources to more profitable areas.

The views of the Economic Committee focused on ways to enhance the power of financial securities, augment employment opportunities funding, creating the desired balance among stakeholders dealing with the stock market and minimising risk factors, to name a few.

The meeting also discussed the reply of the Council of Ministers about two proposals made earlier by the State Council, one about a study on the Law on Environment Conservation (promulgated under Royal Decree No. 114/2001) and the other about the 2020 Annual Report of the State Audit Institution.