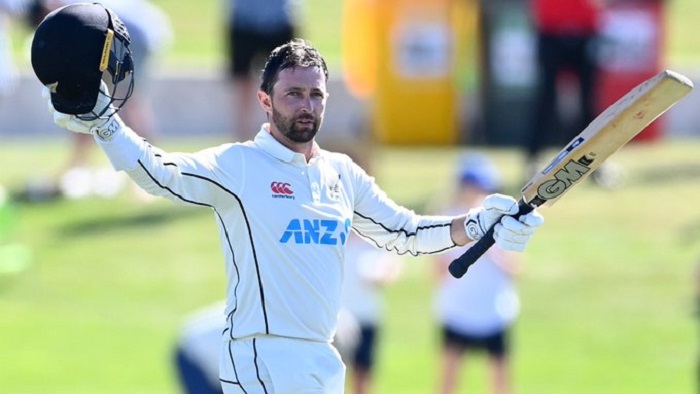 Ross Taylor and Conway kept on scoring from each end to keep the scoreboard moving.

Mount Maunganui : Devon Conway had an impressive day with the bat as New Zealand ended with a respectable score on Day 1 of the ongoing first Test against Bangladesh here at Bay Oval in Mount Maunganui on Saturday.

At stumps on Day 1, New Zealand's score 258/5 read with Henry Nicholls (32*) currently unbeaten at the crease. Conway's century and Will Young's half-century provided momentum to the Kiwis. Put to bat first, Bangladesh started off well as Shoriful Islam dismissed Tom Latham in just 4 overs, leaving the Kiwis' total at 1/1. Later, Conway joined Young and the duo played a fluent partnership of 138 runs.

Young was sent back to the dugout after getting run out by Linton Das on 52. Ross Taylor and Conway kept on scoring from each end to keep the scoreboard moving.

Tom Blundell and Nicholls tried to hold the innings for some time and brought their side a decent total of 258/5. But on the cusp of Stumps, Kiwis' lost another wicket as Blundell was bowled out by Ebadot Hossain.