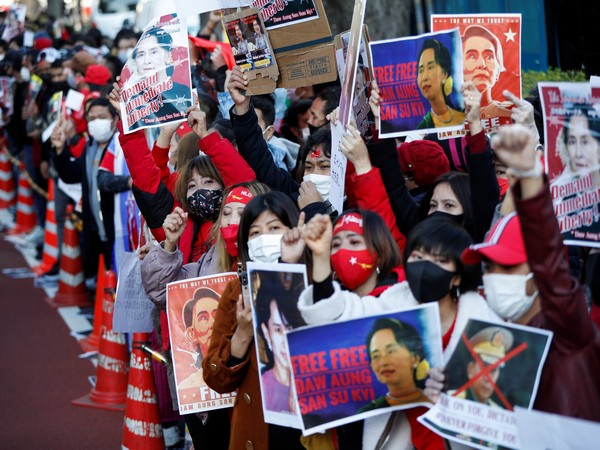 New York: The turmoil in Myanmar is projected to have driven almost half the population into poverty heading into 2022, wiping out the impressive gains made since 2005, according to a UN Humanitarian Needs Overview published on Friday by United Nations Office for the Coordination of Humanitarian Affairs (OCHA).

This comes as people in the Southeast Asia country are facing an unprecedented political, socioeconomic, human rights and humanitarian crisis with needs escalating dramatically since the military takeover and a severe COVID-19 third wave, UN News reported.

The situation has been worsening since the beginning of 2021, when the military took over the country, ousting the democratically elected Government. Nearly 14 out of 15 states and regions are now estimated to be within the critical threshold for acute malnutrition.

For this year, the analysis projects that 14.4 million people will need aid in some form, approximately a quarter of the population. The number includes 6.9 million men, 7.5 million women, and five million children.

Price hikes, COVID-19 movement restrictions, and ongoing insecurity have forced the most vulnerable people to emergency strategies to buy food and other basic supplies, according to UN News.

Prices for key household commodities have risen significantly, making some food items unaffordable. At the same time, farming incomes have been affected by lower prices for some crops, higher input prices, and limited access to credit.

Monsoon floods in July and August have also affected more than 120,000 people, resulting in crop losses and contributing to food insecurity. For 2022, the humanitarian affairs office OCHA, says the outlook "remains dire".

The political and security situation is "expected to remain volatile" and the fourth wave of COVID-19, due to relatively low vaccination rates and the emergence of new variants, is considered a rising risk.

According to the reports coming out of the country, prices are only expected to decrease marginally, while farm gate prices will likely remain low. As a result, consumer prices are projected to be higher, with incomes continuing to decrease.

The unrelenting stress on communities is having an undeniable impact on the physical and mental health of the nation, particularly the psychological well-being of children and young people, according to OCHA.