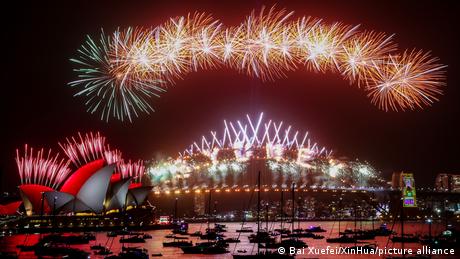 North Korea welcomed the New Year 2022 with a firework display near the Taedong River.

New Zealand's Auckland became the first city in the world to welcome the new year.

Fireworks lit up the night sky in Auckland and beams over the SkyTower in Auckland Harbour Bridge marked the new year celebrations today.

With the help of multi-coloured fireworks, millions of people enthusiastically ushered in 2022 in New Zealand. As the clock struck 12, there was an annual fireworks display from the Sky Tower.

As the time zones differ from country to country, every country enters the new year at different times.