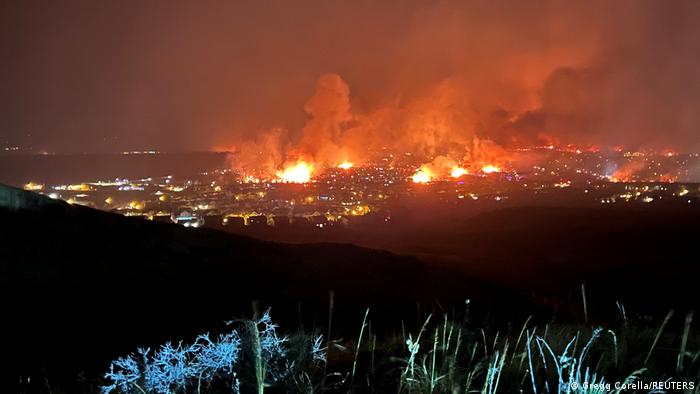 Local authorities say that hundreds of structures, including homes and businesses, have been destroyed

Colorado : The US State of Colorado declared a state of emergency due to fast-moving grass fires created by high winds in Boulder County, local media reported on Thursday (local time) as thousands of residents were ordered to evacuate.

"Today, Governor Polis declared a state of emergency due to grass fires created by high winds across the Front Range," Governor Jared Polis said in a statement. Two Colorado cities were ordered to evacuate due to quickly spreading wildfires fueled by high winds that burned down hundreds of homes in the Denver area, The Hill reported.

The local emergency management office issued evacuation orders for both Louisville and Superior.
"Prayers for thousands of families evacuating from the fires in Superior and Boulder County. Fast winds are spreading flames quickly and all aircraft are grounded," Polis tweeted.

The declaration of emergency allows the state to access disaster emergency funds to support the emergency response efforts in Boulder and provide state resources including the use of the Colorado National Guard, Colorado Division of Fire Prevention and Control and activation of the State Emergency Operations Center.

Authorities said the emergency operations have been activated to respond to multiple wildland fires.