China slams US over space station near misses with Musk satellites 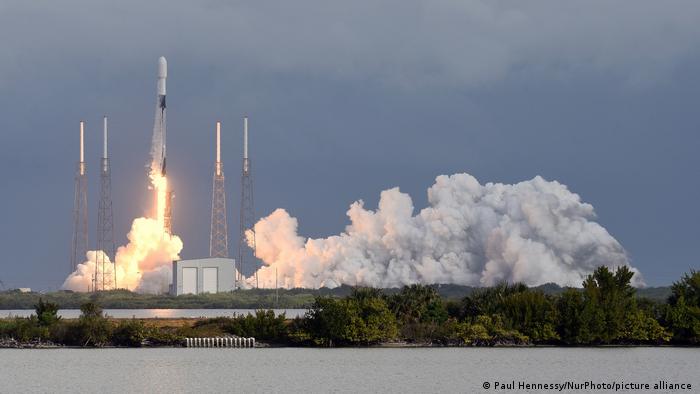 The Chinese foreign ministry said on Tuesday that the United States ignored obligations under outer space treaties, putting astronauts at risk of danger.

Chinese space station Tiangong had to manoeuvre to avoid colliding with a Starlink satellite — a division of Elon Musk's SpaceX — according to a note submitted by China to the United Nations space agency earlier this month.

The Chinese station was forced to manoeuvre two times, once in July and with another in October.

The note said the incidents "constituted dangers to the life or health of astronauts aboard the China Space Station."

Foreign Ministry spokesperson Zhao Lijian called on the US toact responsibly in space.

"The US... ignores its obligations under international treaties, posing a serious threat to the lives and safety of astronauts," Lijian said during a routine press conference.

Beijing said in its note to the UN that members of the Outer Space Treaty, which forms the basis of international space law, are also responsible for actions by their non-government entities.

The private American company SpaceX is independent of the US military and civilian space agency NASA.

What could have happened in the event of a collision?


Jonathan McDowell of the Harvard-Smithsonian Center for Astrophysics on Tuesday warned that any collision would likely "completely demolish" the Chinese space station and kill everyone on board.

"We've really noticed the increase in the number of close passes since Starlink started getting deployed," he told French news agency AFP.

According to McDowell, this is because more objects are entering Earth's orbit and with higher frequency.

The core module of China's Tiangong, meanwhile, entered orbit earlier this year and is expected to become fully operational next year.


Beijing's warning on Tuesday prompted Chinese netizens to lash out at Musk. The billionaire is typically widely admired in China for his business accomplishments. His electric car company, Tesla, sells tens of thousands of vehicles in China each month.

"How ironic that Chinese people buy Tesla, contributing large sums of money so Musk can launch Starlink, and then he (nearly) crashes into China's space station," another netizen wrote.