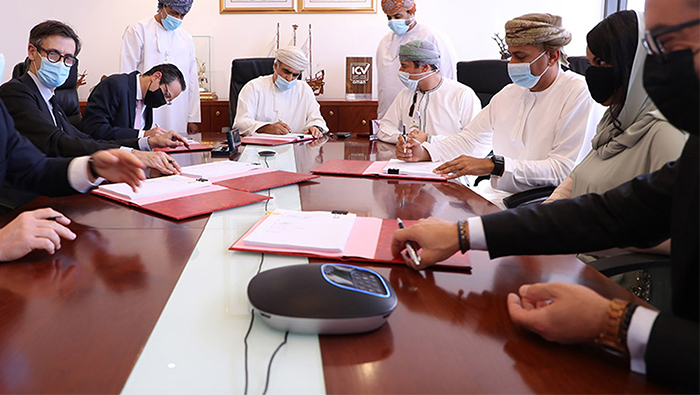 Muscat: The Ministry of Energy and Minerals on behalf of the government of the Sultanate of Oman has signed a concession agreement with Shell Integrated Gas Oman BV, a subsidiary of Royal Dutch Shell plc, and its partners, OQ and Marsa Liquefied Natural Gas LLC (a joint venture between TotalEnergies and OQ), to develop and produce natural gas from block 10.

The parties also signed a separate gas sales agreement for gas produced from the block. The two agreements follow an interim upstream agreement signed in February 2019.

Shell’s entry into this block signifies a further commitment to Oman while enhancing and diversifying Shell’s gas supply.

“These agreements represent a major step for Shell and our relationship with Oman. They generate value and strengthen our Integrated Gas business, which we need to deliver the energy Oman and the world need today. And we are looking at how Shell can help Oman with developing low-carbon energy in the future,” said Wael Sawan, Shell Integrated Gas, Renewables and Energy Solutions Director.

The concession agreement establishes Shell as the operator of block 10, holding a 53.45 per cent working interest, with OQ and Marsa Liquefied Natural Gas holding 13.36 per cent and 33.19 per cent respectively. For the initial phase, Petroleum Development Oman (PDO) is building the infrastructure for the project, including the main pipeline to the SaihRawl gas processing facility, on behalf of the Block 10 venture partners. The venture will drill and hook up wells to maintain the production beyond the initial phase. The block is expected to reach production of 0.5 billion standard cubic feet of gas per day (bscf/d). The startup is expected within the next two years.

In addition, Shell and Energy Development Oman (EDO) signed an agreement to process the natural gas from Block 10 in EDO’s SaihRawl facility.

Dr Mohammed bin Hamad Al Rumhi, Minister of Energy and Minerals in Oman said, “We share a long and strategic collaboration with Shell and our other partners. This project will further maximise the potential of Oman’s energy industry, in line with the Sultanate’s strategy to create growth opportunities across all energy streams and in line with Oman’s Vision 2040 priorities.”

Shell and the government have agreed that, in parallel to the development of Block 10, Shell will develop options for a separate downstream gas project in which Shell could produce and sell low-carbon products and support the development of hydrogen in Oman. Any project would be subject to further agreements and future investment decisions.