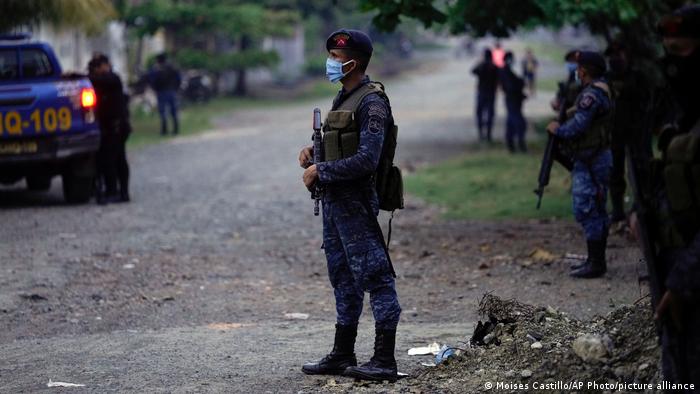 Police in Guatemala said Saturday that 13 people have been killed in the village of Chiquix, 155 kilometers (96 miles) east of Guatemala City, in an apparent land dispute.

The victims include women and children.

It was not immediately clear how the victims died, but police described the killings as "intolerable and incomprehensible fratricide."

According to a police statement released on Twitter, a police officer was among those killed while two others were injured.

"From the first moment, the necessary police officers have been appointed to find those responsible for these crimes and make evaluations of new strategies to try to stop more unfortunate events," the statement read.


A dispute between two municipalities that has run for more than 100 years appears to be the cause of the attack.

Residents of Nahuala and Santa Catarina Ixtahuacan have been involved in violent confrontations in the past that have also turned deadly.

In May 2020, President Alejandro Giammattei declared a state of siege following an escalation of violence in the area.

"These differences have persisted for more than a hundred years, and throughout history have claimed the lives of many, many villagers involved in the supposed defense of their lands," Giammattei said at the time.

Guetamalan police said different specialized units have been involved in maintaining security and engagement with the communities with equal measures being provided for both. The police statement condemned the attack, calling it "inhumane."