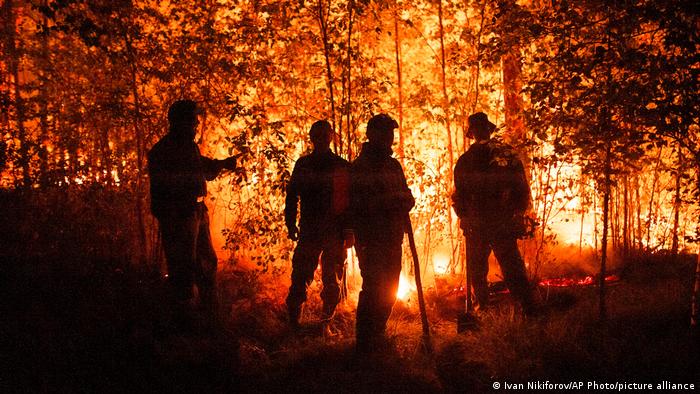 The United Nations agency dedicated to weather-related phenomena announced Tuesday that it had entered a new record into the World Weather & Climate Extremes Archive.

The event was a 38-degree Celsius (100 degrees Fahrenheit) temperature in the Siberian town of Verkhoyansk on June 20, 2020, which has now been formally added to the UN's archive of extreme weather reports.

What's so significant about the measure?

It is the first time the WMO has added a high-temperature record in the Arctic Circle, currently the fastest-warming region on Earth.

The record comes at an unprecedented time of record high temperatures globally. The agency said 38 degrees in Verkhoyansk was "more befitting the Mediterranean than the Arctic."

"It is possible, indeed likely, that greater extremes will occur in the Arctic region in the future," the WMO said.

What is behind the record high?

The record was measured at a meteorological station during an exceptionally long heat wave in Siberia. The summer 2020 heat wave sparked uncontrolled wildfires and caused sea ice to melt.

Average temperatures during the Siberian heat wave were 10 degrees Celsius higher than average for that time of year. The Arctic's pace of heating is more than double the global average.

Petteri Taalas, head of the WMO, said in a statement that his organization "has never had so many ongoing simultaneous investigations."

The probe into the heat in Verkhoyansk is among several open investigations the WMO into record temperatures around the globe. It is also investigating record highs from this year on the Italian island of Sicily and last year in California's Death Valley.