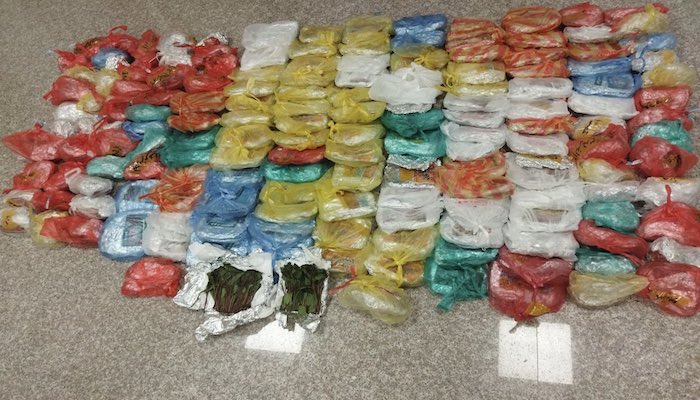 Muscat: The Royal Oman Police (ROP), has seized nearly 300 packages of khat found from five smugglers, while they attempted to enter the Sultanate of Oman illegally.

"The Royal Oman Police, in cooperation with the Royal Army of Oman, managed to arrest five infiltrators of African nationality in the Dhofar Governorate, while they entered the country illegally, with 299 packages of khat. The legal procedures are being completed against the accused," ROP said in a statement.