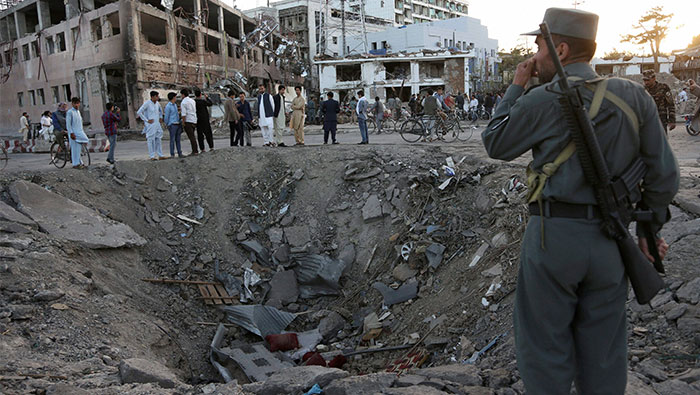 Muscat: The Sultanate of Oman has “strongly condemned” the recent terrorist attack in Afghanistan’s capital Kabul, the Ministry of Foreign Affairs has said in a statement.
The statement, released on Thursday, read, “The Sultanate strongly condemns the terrorist attack on the diplomatic district in the Afghani capital, Kabul, killing and injuring hundreds of innocent civilians.”
The ministry’s statement also reiterated Oman’s “firm stance rejecting all forms of violence and terrorism”, adding, “The statement also affirmed the Sultanate’s solidarity with the friendly Republic of Afghanistan in this great [catastrophe], whose purpose was to destabilise security and stability, and to terrorise peaceful civilians, especially in the holy month of Ramadan."
Around 90 people were killed and hundreds more injured after a powerful truck bomb ripped through a Kabul street, in the diplomatic quarter of the city.