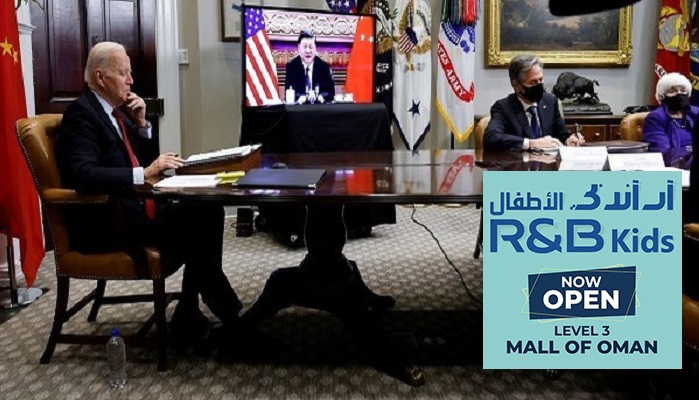 Beijing: After the US announced to boycott the 2022 Winter Olympics in Beijing, China slammed the Biden administration for the decision and called the move a 'pretentious act' that will lead to 'political manipulation' and grave distortion of the spirit of the Olympic Charter.

"Such a pretentious act is only a political manipulation and a grave distortion of the spirit of the Olympic Charter," Chinese Embassy in the US spokesperson Liu Pengyu said in a statement to Sputnik news agency. The spokesperson also said that the "Biden administration's decision to boycott the 2022 Winter Olympics in Beijing is a political manipulation that has no impact on the success of the event".

"No one would care about whether these people come or not, and it has no impact whatsoever on the Beijing 2022 Winter Olympics to be successfully held," Liu said.

"No invitation has been extended to US politicians whatsoever, so this 'diplomatic boycott' simply comes out of nowhere," Liu said.

In a symbolic protest against China's "ongoing genocide and crimes against humanity in Xinjiang," the Biden administration has decided not to send an official US delegation to the 2022 Winter Olympics in Beijing, said White House press secretary Jen Psaki on Monday.

US athletes will still participate in the Olympics, but the administration will not be sending government officials to the games. The same policy applies to the Paralympic Games to be held in Beijing, CNN reported.

According to CNN, the move marks an escalation of pressure by the US on China over allegations of forced labour and human rights abuses in China's western region of Xinjiang, particularly against the Uyghur population and other ethnic and religious minority groups.

The US generally sends a delegation to the Olympics. Notably, in the Tokyo 2020 Olympics, first lady Jill Biden lead the US's diplomatic delegation.