Putin's visit much more important than ever for India-Russia ties, say experts 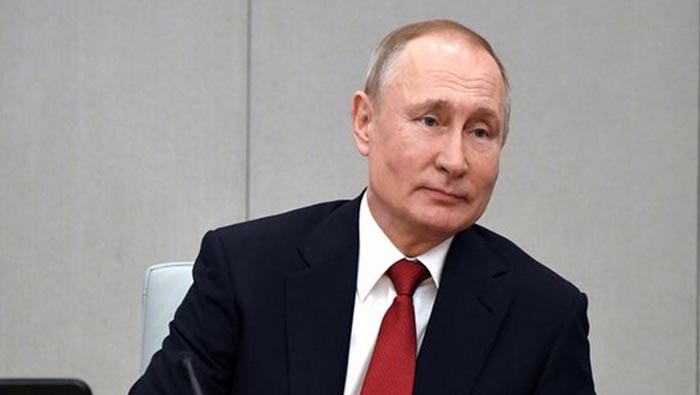 New Delhi: As India gears up to host Vladimir Putin on Monday, experts highlight the significance of the visit of the Russian President for the annual summit between the leaders of both countries, which was postponed last year due to the COVID pandemic, and amid increased speculation about the future of India-Russia ties.

According to Pushpesh Pant, professor, international relations at Jawaharlal Nehru University, Putin's visit is much more important than it has ever been in the past five to six years. "What India is realising now is that over-dependence with America is not probably very reliable because what happened to Quad shows India that Americans can suddenly shift from Quad to Aukus to their own backyard, and retrieve from Afghanistan, have more concern about Saudi Arabia and the Middle East. India realises that if it doesn't reinforce ties with Russia, Russia will gradually become even more reinforced from fortifying with China," Pant told ANI.

"And the state of our relationship with China being what it is, India require their S-400 missile and so on. We have been buying equipment from France, Israel and other countries including Canada. I think we would love to rediscuss our ties and community with interest in Russia. We have no clash of interest with Russia at all."

Professor Pant also said: "India started going closer to the US, not now but almost 25 years back when the National Democratic Alliance (NDA), was governing this (India) country and the defence was having its long discussions. India had started moving away from Russia although Moscow has continued to be our very large trading partner in military hardware because you can;t switch your military hardware overnight."

While Nandan Unnikrishnan, a distinguished fellow at Observer Research Foundation said: "It is a very significant visit because it has been postponed due to COVID and there are lots of positive issues that Prime Minister Narendra Modi and Putin have to discuss. At the end of the visit, speculation is that they will sign a defence pact for ten years as well as several other important agreements."

Putin is scheduled to visit India on December 6. The meeting between Putin and Indian Prime Minister Narendra Modi is also likely to see the presentation of the S-400 air defence system to India which has already started arriving in India in parts, as per sources said.

In a major boost to India and Russia military ties, the two countries are scheduled to ink the deal on supplying 7.5 lakh AK-203 assault rifles on upcoming Monday during Putin's visit here.

All necessary clearances have been done including the final approval from the Cabinet Committee on Security. It is scheduled to be inked during the Russian President's visit, government sources told ANI.
Work is also in progress between both the countries on the Igla shoulder-fired air defence system which has been in the making for last many years now.

The Russian designed AK-203 will be made in a factory in Amethi, Uttar Pradesh.

The deal had been agreed upon between the two sides a few years ago and now the last major issue would be resolving the issues on the transfer of technology, they said.

Of the 7.5 lakh rifles to be acquired by the Indian Army, the first 70,000 will include Russian made components as the transfer of technology slowly happens. These will be delivered to the army 32 months after the production process begins.