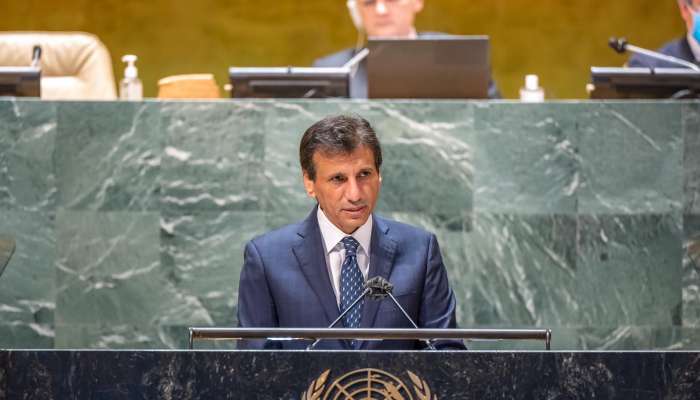 Muscat: The Sultanate of Oman has called on the international community to work together towards establishing peace in the Middle East.

"The Sultanate of Oman affirms its support for peace efforts in the Middle East and other regions of the world, but at the same time it supports international law, which affirms the justice of the Palestinian case and the legitimacy of the inalienable demands of the Palestinians," Oman News Agency (ONA), said in a statement.

The Sultanate in a speech before the United Nations General Assembly at its 76th session delivered by Ambassador Dr. Mohammed bin Awad Al Hassan, the Permanent Representative of the Sultanate of Oman to the United Nations clarifies that this is not the first time that the United Nations has met to discuss the issue of Palestine, which has become one of the main issues on the agenda since the establishment of this organisation in 1945, despite international resolutions and consensus on the necessity of ending the Israeli occupation on the occupied Palestinian territories.

"The Sultanate of Oman calls on the international community to work together towards establishing a just and sustainable peace in the Middle East that takes into account the interests and rights of all parties. As it is the strategic option for settling the conflict in the Middle East, which can only be achieved through respect for the law and the achievement of justice," Dr. Mohammed Al Hassan added.