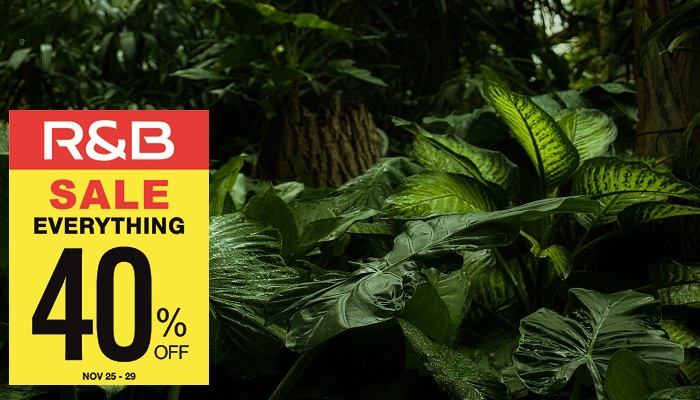 Washington [US]: According to a new study, conducted by Lin Meng, the warm temperature of urban areas and artificial lights change the timing of the growth of saplings, when compared to those in the rural areas.

The research was published in the 'Science Journal'. Meng's study - which revealed that tree leaves bud earlier in U.S. cities compared to rural areas and that artificial light may accelerate this effect, as the climate warms - was unique for evaluating not only the impact of temperature change on plants but also the impact of artificial light, which greatly alters the regular day-night cycle plants rely on.

"The effect of light pollution on vegetation phenology is a blind spot," said Meng, a postdoctoral scholar at Lawrence Berkeley National Lab in Berkeley, California.

"We as ecologists know a lot about the impact of warming and increased carbon dioxide concentration on plants because these are the two most significant aspects of climate change... but light doesn't change in nature...So, most people just didn't think of it," she added.

Meng said that she found artificial light's impact on trees evaluated in her study surprising - an impact that often goes overlooked when developing lighting strategies for city streets, she added.

"This research provides important insight into the impacts of the urban environment on natural processes essential to ecosystem function. Understanding how city-induced temperature and light influence vegetation both increase our knowledge of these basic ecological interactions and will help us design more resilient urban landscapes, " said Sacha Vignieri, Deputy Editor for Research at 'Science Journal'.

Although climate warming has shifted the timing of global seasonal tree events like leaf budding and greening - also known as phenology - urban environments posed additional challenges for trees. These locations can be up to 3°Celsius warmer than the countryside, a phenomenon known as the urban heat island effect, and artificial light at night from advertising lights, buildings, public streetlights, and vehicles greatly impacted the regular light cycle plants depend on.

These human-induced changes may impact phenology even more than climate warming. Meng's interest in exploring this possibility was sparked by a trip to see cherry blossoms in Beijing, China, in 2015.

"The forecast showed that the peak-blossom time was 10 days early at the downtown Central Park," she said.

"The night before I planned to visit Central Park to see the blossoms, but the snow came unexpectedly, and what I saw the next day was an almost complete loss of those emerging blossoms," she added.

Trees that grow in places experiencing such fluctuations in temperature and leaf-greening timing can be at risk from factors like frost, or from a mismatch with the timing of other organisms (e.g., pollinators), said Meng.

Her observation of the cherry blossoms in Beijing inspired her to study how other urban environments impact tree growth, which has been difficult to do.

"Cities exhibit higher temperatures and carbon dioxide, light pollution, and air pollution, so it's challenging to disentangle all these effects," Meng said.

Those studies that have explored cities' influence on phenology in past were more focused on the local scale, and on the impacts of urban heat islands. Meng built on this work but extended it to explore the whole United States.

Using satellite data, she compared spring "green-up dates" in urban versus rural areas in the 85 largest U.S. cities for the period 2001 to 2014. She found spring green-up occurred 6 days earlier in urban areas compared to rural areas on average, largely due to warmer city temperatures.

"Urban trees were not chilled enough in winter, so they were less responsive when days warmed up in spring," said Meng, to explain this difference.

She further wanted to tackle the question of artificial light's role in tree greening and leaf colouring; artificial light's presence in cities had rapidly increased in recent years, which is likely to continue. Since trees wait for a certain amount of daylight time to bud, a question in the field has been whether the tree leaves that bud earlier in the year due to warming will slow their earlier green-up when they encountered a shortened day.

"Right now is the best time to tackle the question of the ecological consequences of light pollution because we have more and better satellite products of artificial light... that enable us to see daily light intensity across the globe," said Meng.

In a study of trees in the Alps of Europe, a region with a relatively uniform temperature distribution but changing day lengths across latitudes, Meng confirmed that shorter photoperiods - days with less light - reduced the early shift in spring green-up caused by climate warming. In cities, however, the presence of artificial light meant days are extended, in terms of light offered. Meng wanted to know whether this removed the constraint put on earlier greening, as seen in places like the Alps.

"My findings highlight artificial light as an understudied factor on phenology, which may supplement daylength and facilitate earlier spring greening under a warmer climate," said Meng.

In future research, Meng would like to investigate how different vegetation species respond to different parts of the light spectrum; for example, LEDs that emit a broad-spectrum light would have a different ecological impact than sodium streetlamps that mainly emit on the yellow-orange part of the spectrum. Another area of interest is identifying the critical period during which trees are the most sensitive to artificial light.

"Answers to these questions will inform decision-making on what types of light we need for different locations to minimize ecological consequences," said Meng.