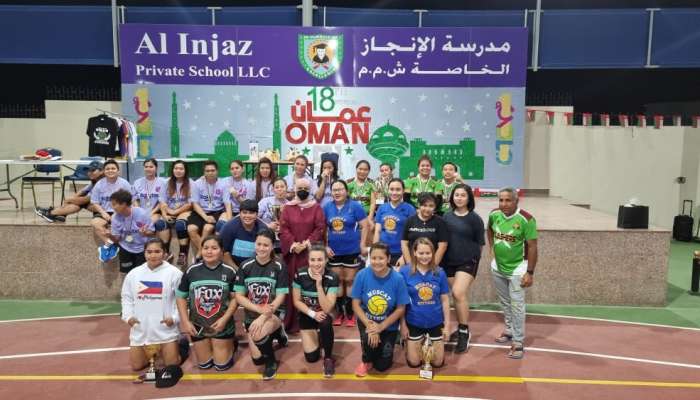 The 41st women's volleyball tournament saw the participation of 16 teams

The 41st women's volleyball tournament saw the participation of 16 teams.

The event was supported by Shabib Arts and organised by Khalil and Khalid Balushi. The first runner up were Muscat Hitters.

Teams were awarded by Saada Al Ismaili, the women’s sports expert at the Ministry Of Culture, Sports and Youth and Board Member of Oman Olympic Committee.