Earth opens up to swallow man, teenage son in Jharkhand 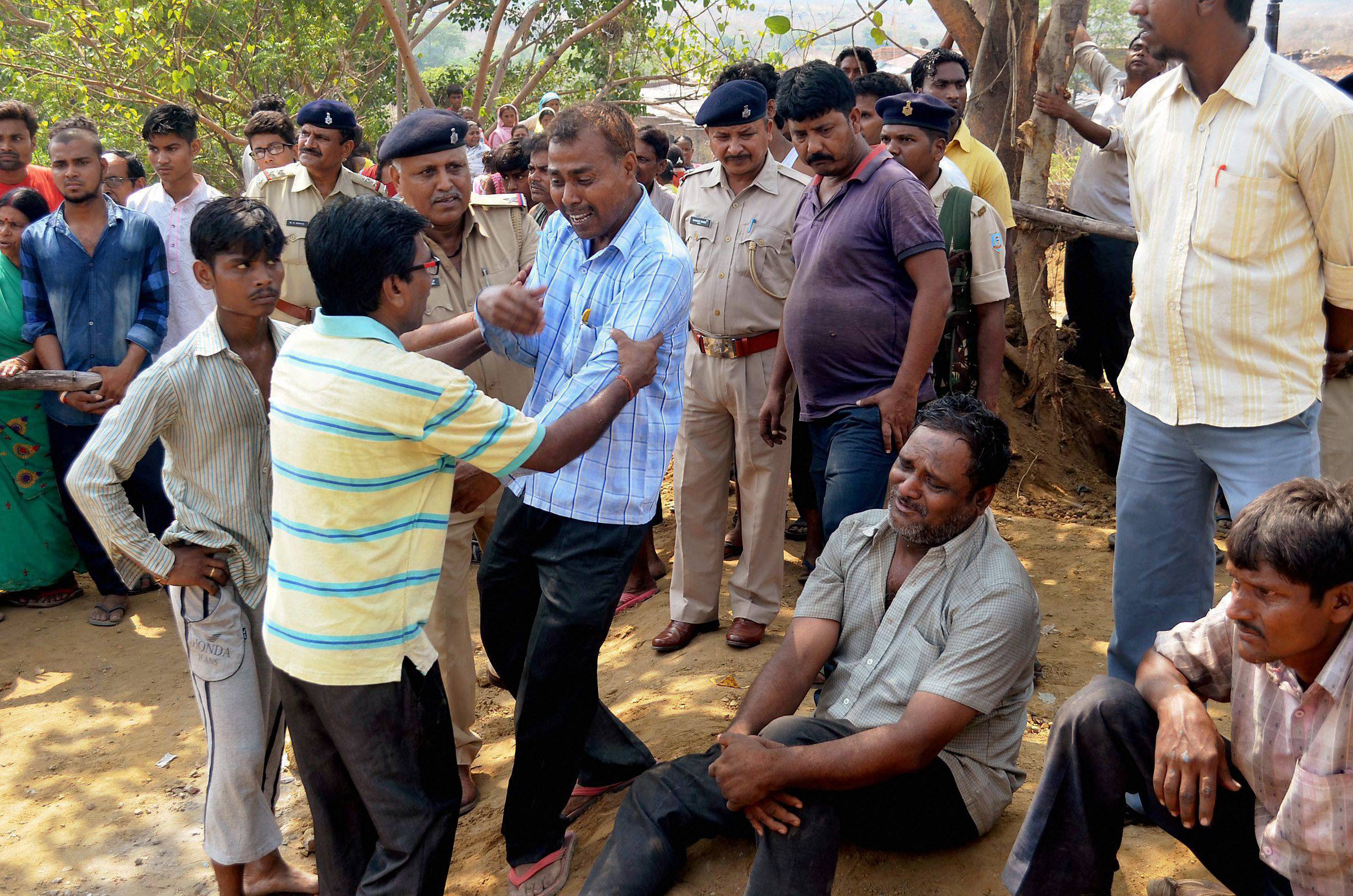 Jharia(Jharkhand): Wednesday morning began like any other for 40-year-old Babloo and his teenage son, Rahim, as the two swept the area in front of their garage at Indra Chowk in Jharia township.
It was 7am, and they were supposed to open for business in a while.
The next few moments passed in a blur. The earth under Rahim's feet suddenly gave way, and before they realised what was happening, the 12-year-old plummeted into a pit that spewed black, hot smoke. Babloo acted as any concerned father would, and jumped after him.
They were not seen again. Hundreds of passersby had gathered at the spot by then, but nobody could summon the courage to go after them. The temperature in the pit, as learnt later, was a fairly hot 85 degrees Celsius. Indra Chowk lies on the Dhanbad-Sindri main road, which falls in the underground mines fire zone.
While incidents of land subsidence are a fairly common phenomenon here, mostly due to the blaze raging under them, death is not something one gets used to. Soon afterwards, a team of experts from the Bharat Coking Coal Limited (BCCL) - which has coal mines in Jharia - reached the spot to launch a rescue operation.
Residents of the area, however, would have none of that. Blaming the BCCL for the death of their neighbours, irate agitators vandalised the vehicles they arrived in and threw stones at rescue workers. It took a police squad headed by Dhanbad sub-divisional magistrate Rakesh Kumar to bring the crowd under control.
"Two JCB machines were pressed into service. They dug 20 feet in an area of 50 metres, but the two could not be traced even till 1.30pm. Then we put two earthmovers capable of digging up to 100 feet into service," said Kumar, who was monitoring the rescue operation on the behalf of the district administration.
According to BCCL rescue officials, the crater that swallowed Babloo and Rahim was at least 100 feet deep. Dr Instiyaque Ahmed, a scientist at the Central Institute of Mineral Fuel Research, said the chances of a human surviving at 85 degrees Celsius were bleak. He, however, would not hazard a guess on the father-son duo's likely fate. The incidents of land subsidence in this area are caused by an underground fire encompassing an area of 17.32 square kilometres. The lives of as many as 120,000 families were endangered by this phenomenon, which was first detected in 1973.
As the entire zone has been declared dangerous, the Director General of Mines Safety had ordered rehabilitation of the entire population inhabiting the region. Though the Centre established the Jharia Rehabilitation and Development Authority in 2008 to carry this out at an estimated cost of Rs31,000 crore, only 3,000 families have been shifted to safer places so far.