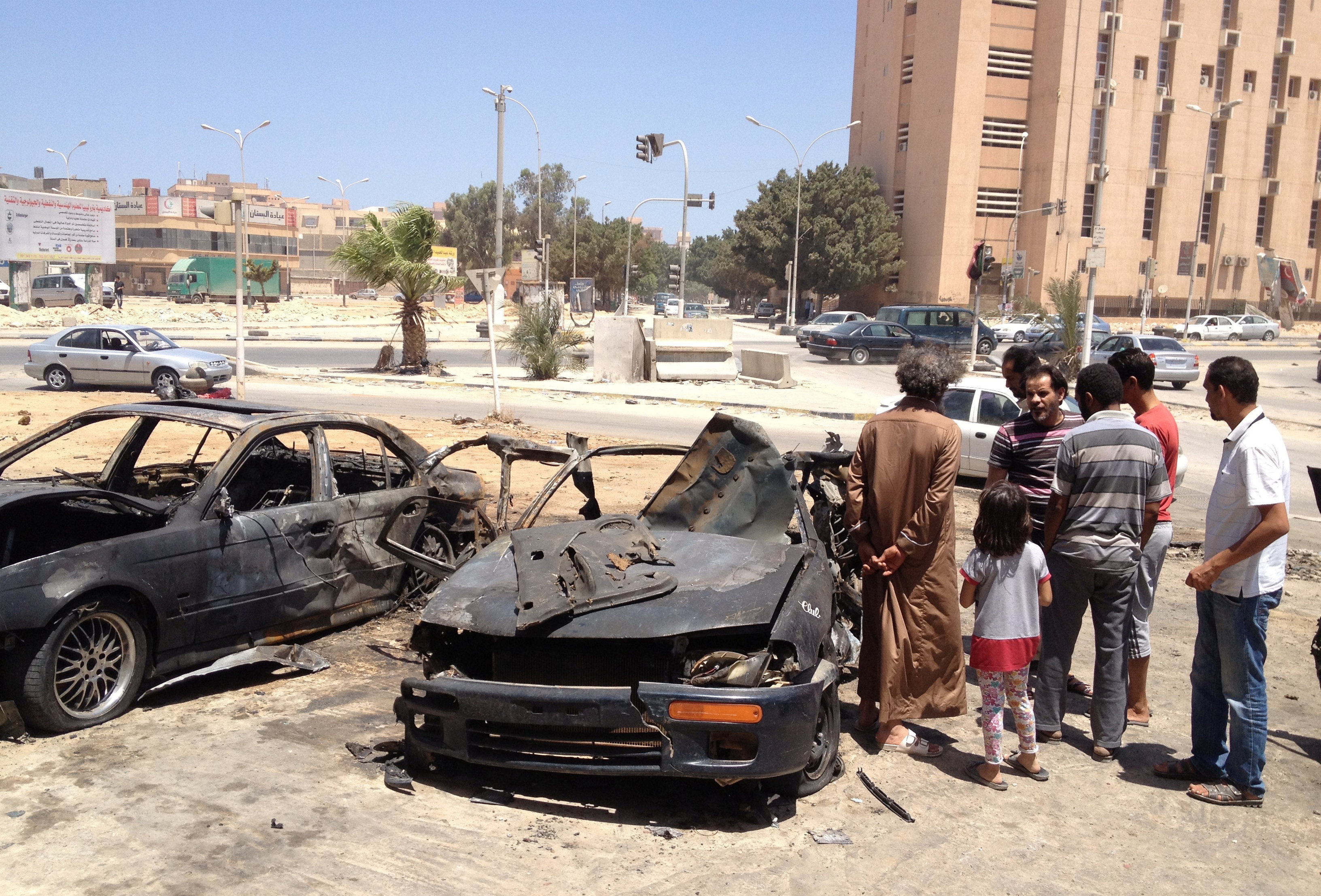 Benghazi: At least seven civilians have been killed and eight wounded by shelling in the eastern Libyan city of Benghazi, a hospital official said on Saturday. He said the shelling had taken place on Thursday and Friday in residential areas close the frontlines in Benghazi, which has seen heavy fighting in some neighbourhoods over the past two years. Forces loyal to military commander Khalifa Haftar launched a campaign against extremists and other opponents in Benghazi in 2014. Haftar's forces made substantial gains earlier this year, but fighting on the edges of the city has continued. A special forces spokesman, Fadel Al Hassi, said shelling over the past two days had come from the Sabri and Souq Al Hut districts in northern Benghazi, where Haftar's opponents have been holding out. The claim could not immediately be verified. Earlier this week jets pounded Sabri and Souq al-Hut and at least six men from Haftar's forces were killed in fighting on the ground. Libya has been in turmoil since veteran ruler Muammar Gaddafi was forced from power in an uprising five years ago. A United Nations-backed unity government is designed to replace two rival governments that have competed for power from Tripoli and from the east since 2014, backed by complex alliances of armed groups.