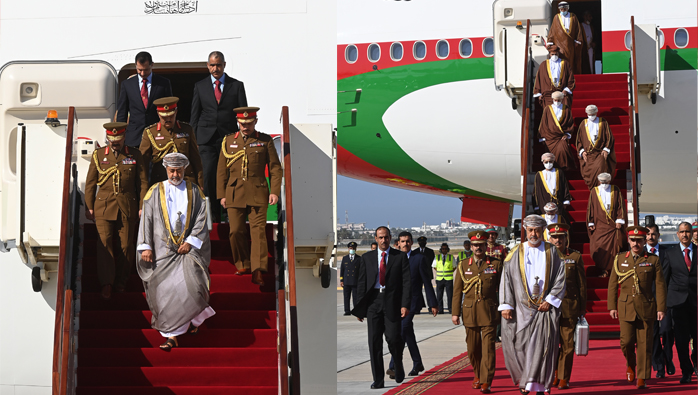 His Majesty Sultan Haitham Bin Tarik at the Royal Airport.

Muscat: His Majesty Sultan Haitham Bin Tarik returned home after concluding a two-day state visit to the State of Qatar, which came in response to the invitation of Sheikh Tamim bin Hamad Al Thani, Emir of Qatar.

During the visit, His Majesty the Sultan held a round of official talks with Sheikh Tamim. The two leaders discussed aspects of cooperation and means of enhancing fraternal relations to achieve the aspirations of their peoples.