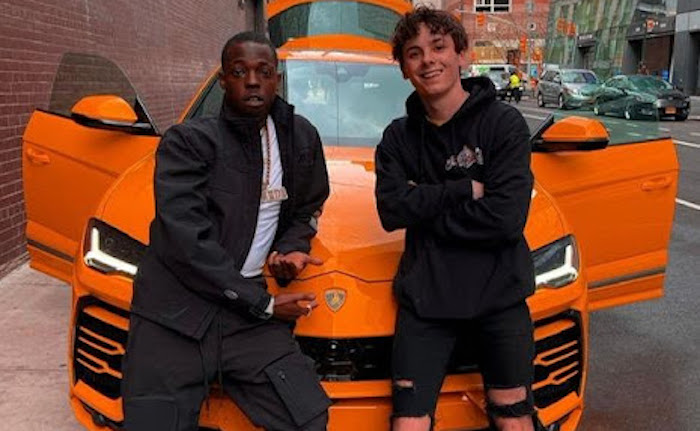 A 2021 survey published in the Journal of Business Venturing found that the success rate for people who launch a business in their 20s is roughly the same as for those who begin entrepreneurship in their 50s. These are groundbreaking results that provide a fresh perspective from the popular notion that twenty-somethings are best-positioned to start and run successful businesses.

However, even these groundbreaking findings grossly ignore an entire generation of firestarters in the world of business: those who started their own enterprises before even hitting 20. That demographic has Gateway Giveaways founder and owner Carter Jamison as one of its leaders.

With three mobile app startups and a highly successful celebrity giveaway agency under his belt, Carter Jamison’s clients can hardly believe he’s currently a senior high student. Whenever he reveals that a team of 56 kids from his high school is getting paid commission to bring him client leads, the confusion becomes even more evident.

Carter shrugs this off, well aware that other people his age are typically preoccupied with other things that are more attuned with the careless nature of youth. Still, Carter could not wait even a few years to get started on building his dream.

“Honestly, what influenced me to get to where I am today was my drive for wanting to be able to buy whatever I want, whenever I want,” he says. “I believe that mindset is everything; whoever is the most hungry for what they are working for will always end up on top even if they started at the bottom of the barrel.”

Like most young entrepreneurs, Carter Jamison sometimes struggles with distractions. His best advice to those who want to manage their time better is ingeniously simple: know one’s goals and stick to them.

“I have noticed when I get distracted by things that aren’t a part of my goals, like girls and girlfriends, that I end up wasting tons of money and time when I could be working,” he says. “The distractions are very fun and tempting but everytime they make me feel regretful, wishing I spent my time grinding my brand on my phone instead.”

Carter also likes to remind himself that if he stops working hard even just for a while, someone more hungry for success might come along and overtake his past efforts.

“Personally, I have outworked tons of competitors out of the water and scaled myself after seeing them be complacent about where they are currently,” he says.

With this mindset in tow, Carter Jamison plans to launch two more apps and to make $1 million in profit per month within the next five years.

“I will keep working daily until these goals are achieved, and from there, I will only go higher.”