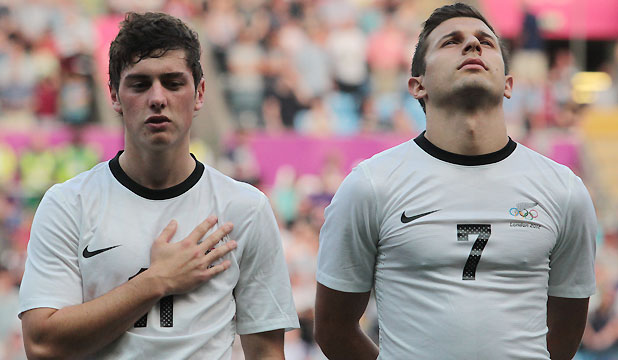 Auckland: Marco Rojas scored the final attempt in a penalty shootout to give New Zealand a 4-2 victory against Papua New Guinea in Port Moresby on Saturday, which qualified the All Whites for next year's Confederations Cup tournament in Russia.
The game had been locked at 0-0 after extra time with hosts Papua New Guinea, playing their first Oceania Nations Cup final, having several opportunities to cause an upset. Rory Fallon, Michael McGlinchey, Moses Dyer and Rojas all scored from the spot for Anthony Hudson's side with Jeremy Brockie missing the fourth attempt.
Koriak Upaiga and Raymond Gunemka, however, also missed their two attempts to give New Zealand the victory and qualification for Russia next June. The top six teams in the Nations Cup have advanced to the third and final round of World Cup qualifying next year, with the winner playing an inter-continental tie against the fifth-placed South American team for a spot in Russia 2018.