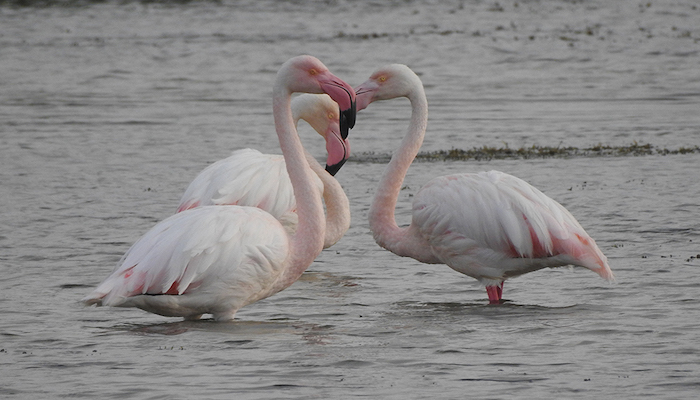 Muscat: Featuring more than 70 species of exotic and protected birds, and with stunning views of the Arabian Sea, the Khor Salalah Nature Reserve is a place nature enthusiasts must visit when they are in Oman.

An oasis of greenery in the midst of residential neighbourhoods, the reserve is managed by the Office for the Conservation of the Environment at the Diwan of Royal Court.

Oman News Agency reports that in 2021, research conducted by environmental scientists from the office unearthed nearly 20 species of wild plants, most notably: the mangrove plant, the Arabian Samar, Al-Atab (Ashar), Hablaim, and the Sharshir or Qutb.

The researchers also recorded more than 70 species of migratory and endemic birds for which the reserve is a safe haven. Present in the sanctuary are many wading birds, such as various types of ducks, seagulls, terns, and flamingos, of all kinds, in addition to the species that are found on farms, such as doves.

Spread over an area of 57 hectares in the Dhofar Governorate, the reserve is located in the western region of Salalah. The reserve is also a stop-off point for many migratory birds that spend the winter in the area, as well as exotic plants and fish.

Salalah and the Dhofar are most often visited during the Khareef season, which runs from about June to September, and is characterised by cools rains, refreshing breezes, and mists that wreathe the landscape that has turned green from its usual brown. It is during this time of the year that people from Oman, other Gulf countries, and many parts of the world come to Salalah to enjoy the wonderful environment.

The Dhofar – much like other parts of Oman – is also a popular tourist destination during the cooler winter months.