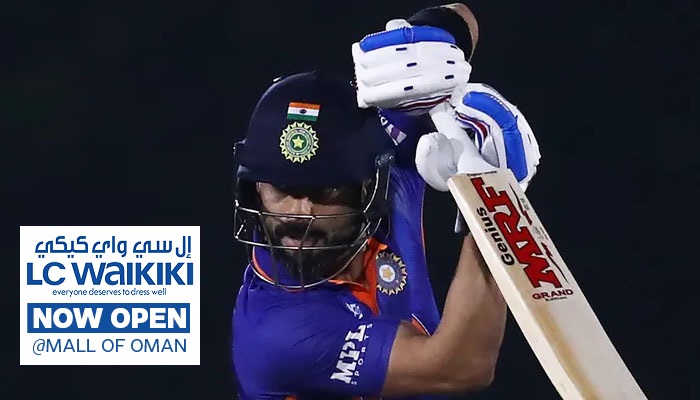 Afridi returned with figures of 3-31 to help Pakistan restrict India to 151/7 and this score was chased down by the Babar Azam-led side will ten wickets in hand.

"Yeah, he did bowl very well with the new ball. I think he hit the right areas to pick up wickets, and in T20 cricket you need good execution to pick up wickets with the new ball, and certainly he did that, so credit to him. He put our batsmen under pressure immediately with the new ball, and he ran in with intensity and showed that he's bowling in consistent areas, so as batsmen you are forced to be a bit watchful, and yeah, that spell kind of put us on the back foot immediately, and from there on to get those extra 20, 25 runs in the end seemed pretty difficult when you lose three wickets for 20 runs," said Kohli during a virtual post-match press conference.

When asked whether Indian team underestimated Pakistan heading into the clash, Kohli said: " You know, it's amazing what the realities and what ideas people have on the outside. I just wish they could put on our cricket kit and actually walk into the field and understand what pressure is. You don't go out there to take anything lightly, especially a team like Pakistan who on their day can beat anyone in the world. This is a game that has to be respected, and we are a team that definitely respects the game, and we do not think that winning one game is the end of the world, and no other team should think that."

"This is a very big game. Cricket is beyond and above anyone else, any individual, and we definitely respect the game. We never take any opposition lightly, neither do we differentiate between oppositions. That's how we play our cricket. On the day if we haven't played good, we accept it and we give credit to the opposition, as well. We don't create any other scenarios other than knowing what went wrong and trying to correct that and move forward in a positive manner."

Mohammad Rizwan and skipper Babar Azam put on a remarkable show on Sunday as Pakistan thrashed India by 10 wickets at the Dubai International Cricket Stadium. Rizwan (79*) and Babar (68*) didn't give any chance to India bowlers to come on top as the two batsmen dominated the proceedings. Pakistan chased down the target of 152 without losing a wicket as India looked clueless in their opening match.
"They definitely outplayed us. There is no doubt about that. You don't win by 10 wickets if you don't outplay the opposition. We did not even get any chances. They were very professional. Look, you definitely have to give them credit. We tried our best. We tried to create enough pressure on them, but they had the answers, and there is no shame in accepting that a team played better than you," said Kohli.

"As I said, when you step on to the field as 11 players from either side, you have an equal opportunity to win the game, and there's no guarantees that you're going to go out there and win every match. But having said that, you also don't go out there being casual, so we tried our best, we made a decent total out of our situation we thought, and we thought we could put them under pressure, but they did not let us come into the game at any stage. They definitely deserve the credit for finishing off the game very strongly and not allowing us to put any pressure on them through the innings," he added.