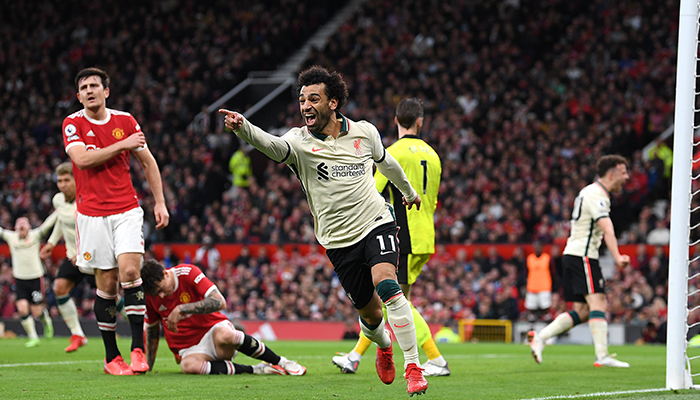 Manchester: Mohamed Salah, Diogo Jota all got on the scoring charts as Liverpool thrashed Manchester United in the Premier League on Sunday here at Old Trafford.

Liverpool defeated United to move to second place in the standings, just one point away from table-toppers Chelsea.

Before halftime, Liverpool registered four goals and they were scored by Naby Keita, Jota and Salah. The Egyptian striker Salah scored a brace in the first half, giving Liverpool a comfortable lead.

Salah then went on to complete his hat-trick in the 50th minute of the game as Liverpool gained a 5-0 lead.

No more goals were scored in the match, and in the end, Liverpool registered a comprehensive 5-0 win.

Real Madrid defeated Barcelona 2-1 on Sunday to consolidate its position at the top of La Liga standings with 20 points from nine games.

Madrid now is level with second-placed Sevilla on points, but is ahead in the standings on the basis of goal difference.

Alba registered a goal for Real Madrid in the 32nd minute of the game. Madrid doubled its lead through Lucas Vazquez. Sergio Aguero pegged one goal back for Barcelona, but it was not enough to hand his side the victory.

Real Madrid will next lock horns against Osasuna on Wednesday while Barcelona will square off against Rayo Vallecano on the same day.