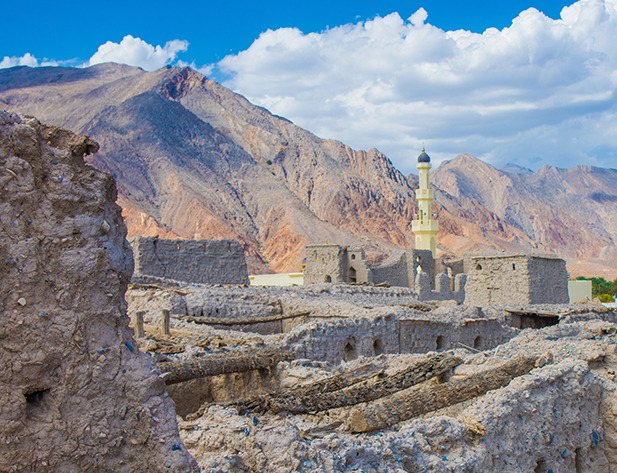 Izki lies approximately 120 kilometres from Muscat. It borders Samail in the north, Manah and Adam in the south, Nizwa in the west and Mudhaibi in the east. One can find Oman’s oldest historical ruins here. Al Nizar,  Sehma and Mokazza are some of the villages here. There are many ancient houses and mosques of archaeological significance.  At the foot of Wadi Halfayn, below Nizar village, is Jarnan cave which is an important natural attraction in the wilayat of Izki. Falaj Al Malaki is one of the oldest falaj systems in the Sultanate.

According to Oman’s Ministry of Tourism , ‘Falaj Al Malaki is considered one of the largest Dawoodi Falaj as it has 17 branches that feed the falaj’.  The Izki Fort and the local souq are known for their historical significance. While Wadi Mahram is known for its serenity there are few ancient towers that watch over the village from their hilltop perches. The wilayat of Izki is known for several traditional industries and crafts especially spinning and weaving.