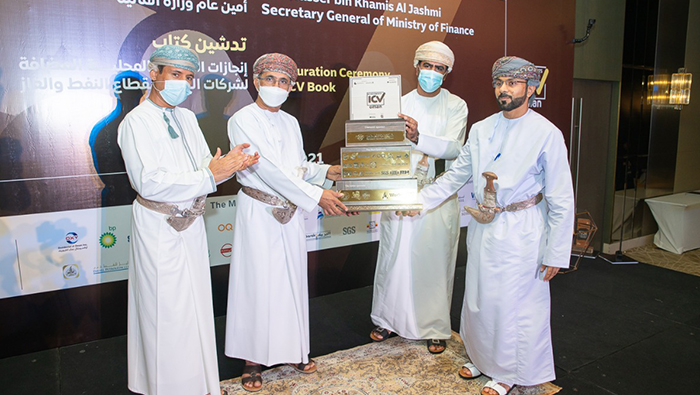 Muscat: Acting in cooperation with the Oman Society for Petroleum Services (Opal), the Ministry of Energy and Minerals unveiled a new book on VAT achievements made by firms operating in the energy and minerals sector.

Published by “4D.media” establishment (for Press, Publicity, Advertising and  Publishing), the book was launched at Grand Millennium Muscat hotel under the auspices of Nassir Khamis Al Jashmi, Secretary-General of the Ministry of Finance.

Abdul Rahman Humaid Al Yahyaei, CEO of Opal, said that foreign investments attracted by the oil and gas sector are considered as strong evidence of our ability to adapt to change. They are testimony to the investment community’s confidence in the business climate in the Sultanate and its stability within the oil and gas sector.

The Ministry of Energy and Minerals launched, in 2013, the first national VAT programme to reorient the greatest segment of procurements and contracts linked to a national economy operating companies.

Al Yahyaei pointed out that the value of VAT rose from 18 per cent in 2018 to 28.7 per cent in 2020. As a result, the total business reoriented via the above-mentioned VAT programme could streamline business worth more than OMR2 billion into the local economy and provide more than 18,000 jobs for citizens in the private sector, he added, noting that the VAT Committee intends to raise this percentage (28.7 per cent) to 36 per cent or more in the near future.

The inaugural ceremony included a visual presentation about the achievements of companies operating in the VAT field, quoting facts and figures, as well as associated criteria like investment in assets, training and employment offered to citizens, support for small and medium enterprises and the localisation of technology.