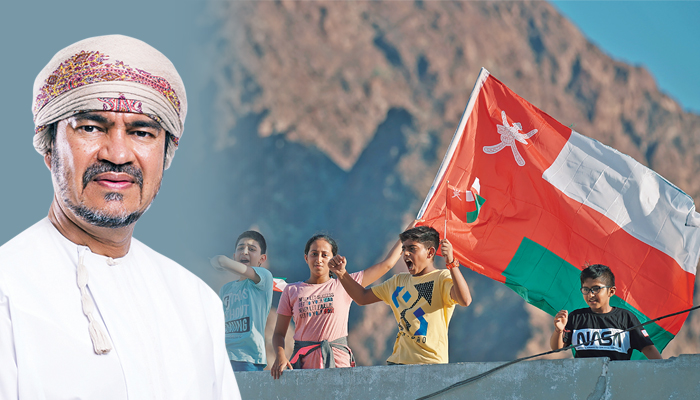 "We are the first ever associate-level country to both hold and play in a tournament like an ICC World Cup, so that says a lot about how far we have come as a cricketing nation," said Pankaj Khimji Chairman of Oman Cricket.

Muscat: Ask Pankaj Khimji, the chairman of Oman Cricket, about his expectations for team Oman at the upcoming Twenty20 Cricket World Cup, and his answer is simple.

“Oman is going to Dubai to play in the knockout rounds,” he said. “The team has trained hard to get to this point, we have the backing of more than four million people in this country, and the boys are very excited to show the world what we can do.”

Oman is one of two venues for the Twenty20 World Cup, which starts on Sunday, October 17, with the very first game of the tournament set to begin in Muscat, when the home side takes on Papua New Guinea in the group stage.

Oman Cricket’s ground in Amerat will hold all six games of the Group B qualifying matches, which also include Bangladesh and Scotland. Group A’s games are scheduled for the neighbouring United Arab Emirates, where the rest of the tournament will be held as well. The teams that finish first and second atop both groups will make it through to the next stage of the tournament: the Super 12s, where a knockout format will be followed.

For Khimji, Oman’s presence at the World Cup is a victory in itself in more ways than one: not just for the national team, but for the nation as well.

“We are the first ever associate-level country to both hold and play in a tournament like an ICC World Cup, so that says a lot about how far we have come as a cricketing nation,” he said, in an exclusive interview with Times of Oman prior to the start of the tournament,

Explaining the upgrades made to the ground in Amerat so that it was in line with International Cricket Council (ICC) requirements, he added, “When we were awarded the rights as venue partners, we were all giddy with excitement at the time, but I don’t think we fully knew how daunting a task it would be to put it all together. I gave the organising team just 70 days, saying we had to be fully ready before the tournament begins.”

A host of modifications were made, including the construction of media and broadcast boxes, commentary boxes, and hospitality suites for guests. Other changes included expanded changing rooms for the teams and match officials.

“We also had to improve the quality of floodlights for our main ground: they had to be a minimum of 2,500 lux so that the cameras could pick up the action properly, and I am proud to say that when we tested them, over some areas of the ground, we had values of up to 3,200 lux, so we have definitely met the requirements there,” explained Khimji.

“Before we could install these, though, we got the lighting towers built from a manufacturer in Sohar: we have done a lot towards boosting in-country value and making sure this World Cup brings in business for companies here,” he added. “We also installed an LED screen with very high definition, so that the replays and action can be viewed on it – this was something we needed to do in line with ICC regulations as well.”

“We wanted to have about 3,000 fully vaccinated fans come here to watch the action, so we reached out to our friends over at the Oman Automobile Association for their seating, which with their help has been transported to our ground in Amerat for our use,” he went on to say.

“Let’s not forget that Oman will be the focus of the world’s cameras during the tournament, and this gives millions of viewers around the world the chance to see what this amazing country has to offer,” said Khimji. “Oman is going to be seen on screens around the world when the opening ceremony is also held.”

In-country value, he feels, will be felt in many other ways. “You are looking at dozens of room nights for hotels in Oman, because you have got four teams playing here. We had teams like Papua New Guinea, England and Sri Lanka come here before the start of the tournament, so that adds on as well. Teams are going to be chartering flights from Oman Air to arrive here, so these are benefits to the aviation and hospitality industry, which as we all know, have taken a beating around the world because of the COVID-19 pandemic.”

To mitigate the impact of the coronavirus, teams that arrive in Oman will need to follow strict protocols.

A COVID bubble has been established for all players, team staff and match officials, where they will be only allowed to travel between their hotels to the ground for training and matches. Furthermore, all of them must be fully vaccinated against the virus.

“Even prior to the World Cup, we had asked our players and their families not to travel outside their homes too much, unless it was necessary,” said Khimji.

“Given all the pressures of the pandemic, it was also quite difficult to train, but we have been training every day for the last few months, with the exception of the days on which we had a complete lockdown in the country. This is the first time our boys are able to play at home, and I don’t mind telling you that they are all raring to go. I have to give great credit to our head coach Duleep Mendis and his team.

“This gives us the chance to play against some of the best teams in the cricketing world, which would have been unthinkable for us even a few years ago,” he added. “If we overcome the challenges of the group stage, where we face a test-playing nation like Bangladesh, then we get a chance to mix it up with the big boys of world cricket, and that is going to be a huge learning experience for all of us.”

Khimji ended on an optimistic note: “With the backing of our fans and the home advantage we have, I am confident of one thing: I am certain we will go through to the knockout stages…mark my words, Oman is going to Dubai.” 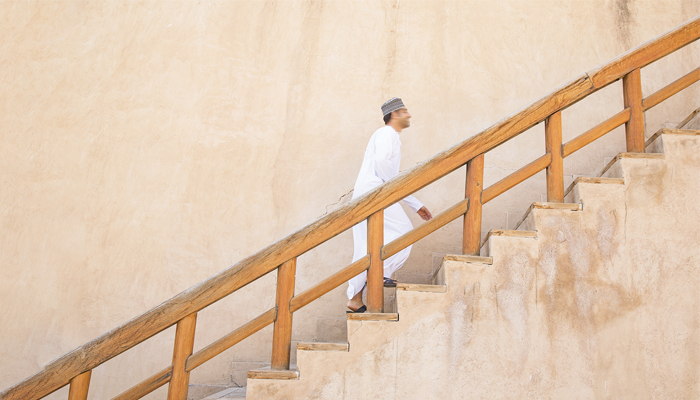 Omani youth strive to be the best