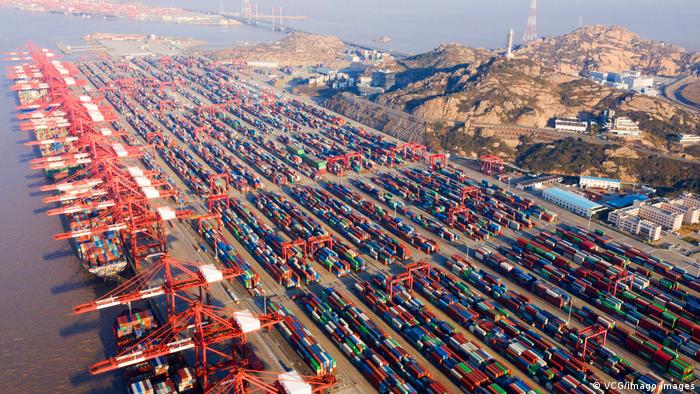 New York: The global recovery from the COVID-19 pandemic has lost some of its steam, the International Monetary Fund (IMF) said in its latest update of the World Economic Outlook released on Tuesday.

The world economy is now projected to grow 5.9% this year, down 0.1 percentage point from IMF's July forecast, as major economies such as the US and Germany reel from supply chain bottlenecks. The downgrade also reflects dim prospects in low-income developing countries, where a slow rollout of COVID-19 vaccines continues to weigh on the recovery.

Shipping snarls, a shortage of shipping containers and a steep rebound in demand as pandemic-related restrictions are relaxed have left producers in advanced economies scampering for components and raw materials. Industrial production in Germany witnessed its steepest drop in August since April last year, driven by a 17.5% slump in production of cars and auto partsdue to supply chain disruptions.

The IMF kept its growth forecast for 2022 unchanged at 4.9% but stuck to its warning of uneven global recovery.

The gap in recovery speeds can be partially explained by massive differences in fiscal and monetary response. While advanced economies pumped in trillions of dollars into their economies to deal with the economic fallout of the pandemic, the others didn't have enough policy space, taking the brunt of the hit to the global output as a result.

The schism in policy support is likely to continue with major advanced economy central banks expected to keep their money taps wide open through late next year and some emerging market central banks, including in Brazil and Russia, already scaling back support.

The IMF chief economist said the top policy priority should be to ensure that 40% of the population in every country is fully vaccinated by this year and 70% by mid-2022.

"Recent developments have made it abundantly clear that we are all in this together and the pandemic is not over anywhere until it is over everywhere," she said.

"If COVID-19 were to have a prolonged impact — into the medium-term — it could reduce global GDP by a cumulative $5.3 trillion (€4.6 trillion) over the next five years relative to our current projection."