Plans being drawn up to make roads, homes in Oman more storm-resistant 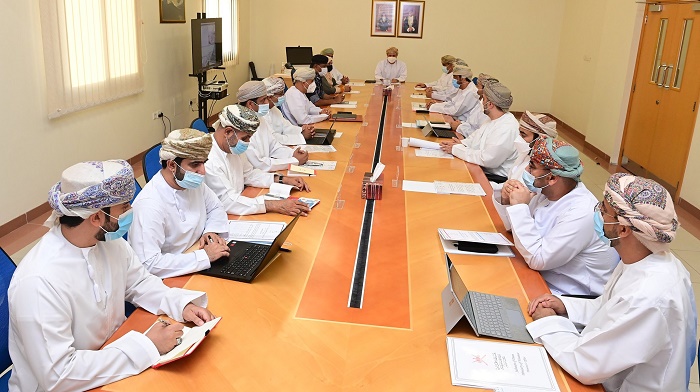 During the meeting, the committee, along with the heads of the National Committee for Emergency Management (NCEM) discussed outcomes of field visits, estimates about damage caused, tasks undertaken to enable affected families to return to their homes, and efforts to complete infrastructure operations as soon as possible.

Muscat: Roads, homes and other essential infrastructure need to be designed according to technical specifications required to withstand the impact of storms and fast-flowing wadis, the Ministerial Committee tasked with addressing the impact of cyclone Shaheen has said.

In this context, the committee instructed the governors of North and South Al Batinah to liaise with the Ministry of Transport, Communications and Information Technology, the Engineering Services at the Sultan’s Armed Forces (SAF), and the departments involved with the management of internal roads, by redesigning their engineering profiles.

The committee, during its recent meeting, also urged those involved in reconstruction efforts to quickly complete them. Specifications to make infrastructure storm-resistant can be sourced from the studies conducted under Oman’s urban strategy framework.

As part of rebuilding efforts in the wake of Shaheen, some 2,500 electricity poles have been installed to reconnect affected areas to the power network, while generators have been sent to some villages as a temporary measure until connectivity is restored.

Furthermore, families who were previously accommodated in shelters organised ahead of Shaheen, are being moved into temporary accommodation.

This is an ongoing process that the Relief and Shelter Sector aims to complete by this week, during which time the damage to homes will be dealt with and assessed.

The Ministerial Committee also raised the issue of developing an action plan to repair damaged falaj systems and dams.
To prevent future adverse weather events from having the same impact as Shaheen, existing dams are to be expanded, while more will be constructed in the future.

With the exception of two schools in North Al Batinah, which suffered damage during the recent cyclone, all the others in areas affected by the cyclone have been cleaned up, and are ready to receive students.

During the meeting, the committee, along with the heads of the National Committee for Emergency Management (NCEM) discussed outcomes of field visits, estimates about damage caused, tasks undertaken to enable affected families to return to their homes, and efforts to complete infrastructure operations as soon as possible.

The committee also made visits to mountain villages affected by the cyclone, led by Chairman Sultan Salim Al Habsi, the Minister of Finance, where they met citizens in Sanaa Bani Ghafir, Wadi Al Hawasna, Wadi Shafan, and Wadi Al Sarni, whose homes had been impacted by the adverse weather.

Work on the restoration of damaged roads will begin next week in areas of Wadi Al Hawasna, Wadi Bani Omar and other wadis, where seven culverts in Wadi Al Hawasna were re-designed. This is in addition to the opening of roads and diversions from Al Khabourah to Ibri, among other places,” said Said Hamoud Al Ma’awali, the minister of transport, communications and information technology, speaking to Oman News Agency.

In this context, Dr Laila Ahmed Al Najjar, the Minister of Social Development, added, “The visit revealed many aspects of development that require the attention of the committee, which will draft joint plans in coordination with government departments concerned.” The ministry’s assessment teams are in the field—talking to citizens, answering their queries and attempting to meet their needs.