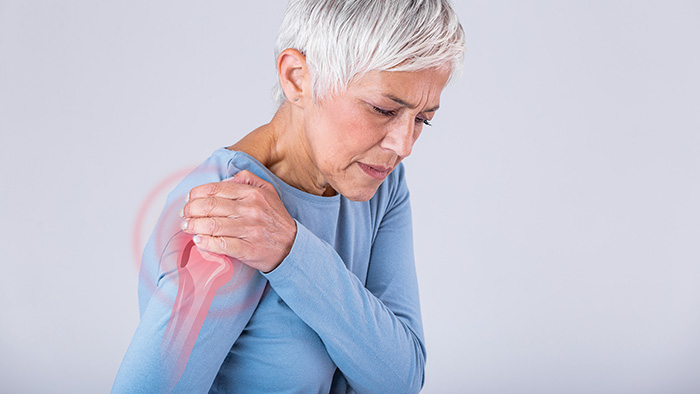 Years of straining your joints and bones result in fractures and breakages. What’s more, aging can induce some types of bone deformity – for example, scoliosis is becoming more prevalent among the elderly.

However, you can maintain healthy bones and a generally fit body by taking better care of your body. Here are tips to help you develop strong bones as you grow older:

Bones are made of minerals, and calcium is especially important for strong and healthy bones. Calcium is necessary for bone formation in fetuses. It is also important for replacing old and damaged bone cells. Consequently, insufficient calcium makes your bones fragile, making them easy to fracture and break.

The body needs at least 1,000 milligrams of calcium per day. However, the required amounts vary depending on factors such as age, weight, and overall health. For example, older people need at least 1,200mgs of calcium per day. To this end, it is recommendable to consume the minimum required amounts depending on your age, weight, and overall health.

Milk, including milk products such as cheese and yoghurt
Seeds, including sesame and chia seeds
Seafood such as sardines and canned salmon
Nuts, including almonds
Foods and drinks fortified with calcium

Interestingly, your body will consume less calcium when you eat large amounts of high-calcium foods. To this end, it is advisable to take small bites of these foods regularly throughout the day to maximize the mineral intake.

Vegetables are also rich in minerals needed to complement calcium. Some vegetables contain trace elements of zinc and magnesium, both of which are vital for bone formation. To this end, vegetables are associated with a higher bone density, which entirely depends on the mineral intake.

Vitamins D and K are especially beneficial for healthy bone formation. Unfortunately, you will not find them in most foods.

As mentioned, the body absorbs less calcium than you consume. Vitamin D functions like an accelerator that enables the body to absorb more calcium than its natural limit. To this end, children diagnosed with low vitamin D levels also register low bone density.

As such, consuming more vitamin D enables your body to make the best use of calcium-rich foods. Some of the best sources of vitamin D are liver, cheese, fatty fish, and the sun. Unfortunately, more than one billion people worldwide are deficient in vitamin D. To this end, it is recommendable to take vitamin D supplements if you cannot get enough from your diet.

Vitamin K, on the other hand, accelerates bone formation by modifying osteocalcin, one of the proteins used in bone formation. It also minimizes the loss of calcium. It is commonly available in foods such as eggs, cheese, soybeans, meat, and liver.

4. Get Plenty of Zinc & Magnesium

Calcium is the main mineral found in bones, but it is not the only one. Bones are made up of a range of minerals, including trace amounts of zinc and magnesium.

Magnesium functions as an activator for vitamin D. As mentioned, vitamin D boosts the body’s absorption of calcium, but it cannot do this without enough magnesium. To this end, people who consume more magnesium have about 3% higher bone density than those who don’t get enough of the mineral. Unfortunately, magnesium is rare. To this end, it is recommendable to take magnesium supplements if you can’t get enough of it from natural food sources.

Zinc is also a direct component of bones. It also supports the development of bone-building cells, which makes bones stronger and accelerates healing in case of fracturing and breaking. Zinc is naturally available in beef, spinach, shrimp, oysters, pumpkin seeds, and flaxseeds.

Protein makes up most of the body, including tissues and bones. In fact, protein makes up 50% of the bone’s components. To this end, it is important to eat as much protein as your body needs.

Protein also helps increase the body’s overall consumption of calcium, the main mineral in bones. Low protein intake also prolongs the rate at which bones form and heal. These effects are especially profound among the elderly, according to a study of more than 144,000 elderly participants. The research concluded that sufficient protein intake considerably increased bone density in the hips and spine, making it easier to move and reducing the risk of bone fractures.

However, eating too much protein will cause the bones to leach calcium, lowering their overall density. As such, it is advisable to measure your protein consumption and take enough calcium and other minerals to balance it.

Strength training and weight-bearing exercises help reduce inflammation and bone turnover. They also boost the intake of calcium and other minerals necessary for bone formation.

However, these exercises are difficult and require a lot of energy. What’s more, over-exercising will put too much pressure on the joints, reversing the desired benefits. As such, consult a fitness expert and exercise just enough to stay fit.

7. Fats & Calories are Not Entirely Bad

More and more people are switching to low-fat and low-calorie diets in a bid to avoid putting on too much weight. Granted: eating fewer fats and calories will reduce weight gain. However, not eating enough of these nutrients will have a wide range of negative effects, including muscle mass loss, decelerating metabolism, increasing appetite, and reducing overall bone density.

As such, make sure to eat at least 1,200 calories per day – consult your nutritionist to determine how your age and overall health should determine your calorie intake. Additionally, eat more healthy fats, such as omega-3 and omega-6 fatty acids.

Bodyweight is an important factor for most people. Many people actively try not to become overweight, which has a range of negative health effects for the bones. However, being underweight has its negative effects, too.

Being underweight is one of the main causes of low bone density among the elderly. To this end, underweight people are at a higher risk of suffering from osteoporosis and osteopenia. Unfortunately, lost bone density cannot be regained after putting on more weight.

On the other hand, being overweight puts too much pressure on the joints and overall bone structure. This increases the risk of fracturing and breaking your bones. It can also contribute to low bone density in some cases, especially when most of your foods contain more fats and fewer minerals and vitamins.

As such, it is advisable to check your weight and keep it within healthy limits. Avoid putting on too much weight, but eat enough to maintain healthy bone density levels. Additionally, avoid excessive weight fluctuations (putting on weight and then shedding it repeatedly), as it will cause an irreversible deterioration in muscle and bone mass.

Bones heal quicker when you are young, thanks to the body’s optimal intake of the necessary ingredients. However, fracturing and breaking your bones leaves a lingering weakness, even after healing. These weaknesses manifest themselves as you grow older, making you more prone to injuries.

As such, it is prudent to take care of yourself at all times. Avoid engaging in activities that will put you at risk of accidents that can fracture or break your bones. You should be especially careful as you grow older because your bones will not heal as fast as they used to.