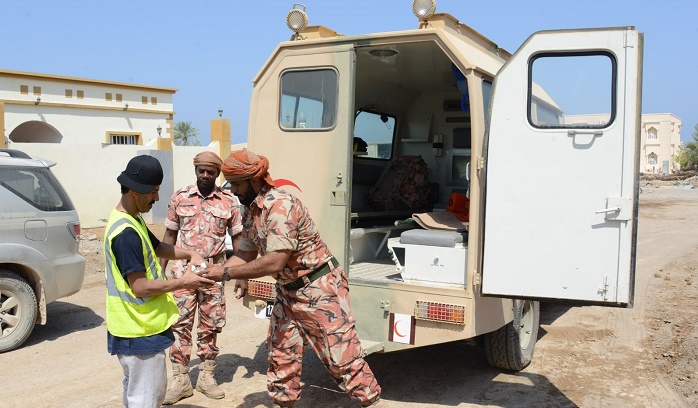 The military’s efforts come under the role played by the Sultan’s Armed Forces to alleviate the impact of the cyclone Shaheen.

Muscat: Food supplies, ready-made meals, and medical care are being provided to people who suffered from the impact of cyclone Shaheen, by the Royal Army of Oman.

The military’s efforts come under the role played by the Sultan’s Armed Forces to alleviate the impact of the cyclone, reported the Oman News Agency, and fall under the plans of the Main Military Committee for Emergency Situations Management.

The meals are being distributed to citizens and residents of North Al Batinah.

“The medical services of the armed forces continue to provide medical and health care, by providing a number of dressing stations and deploying military ambulances, within the framework of the plan of the military subcommittees in the governorates of South and North Al Batinah,” reported the ONA.

Food supplies were also distributed by military vehicles and personnel to villages affected by Shaheen, where they also attempted to remove the water that had flooded these areas, and cleaned debris from the nearby wadis.