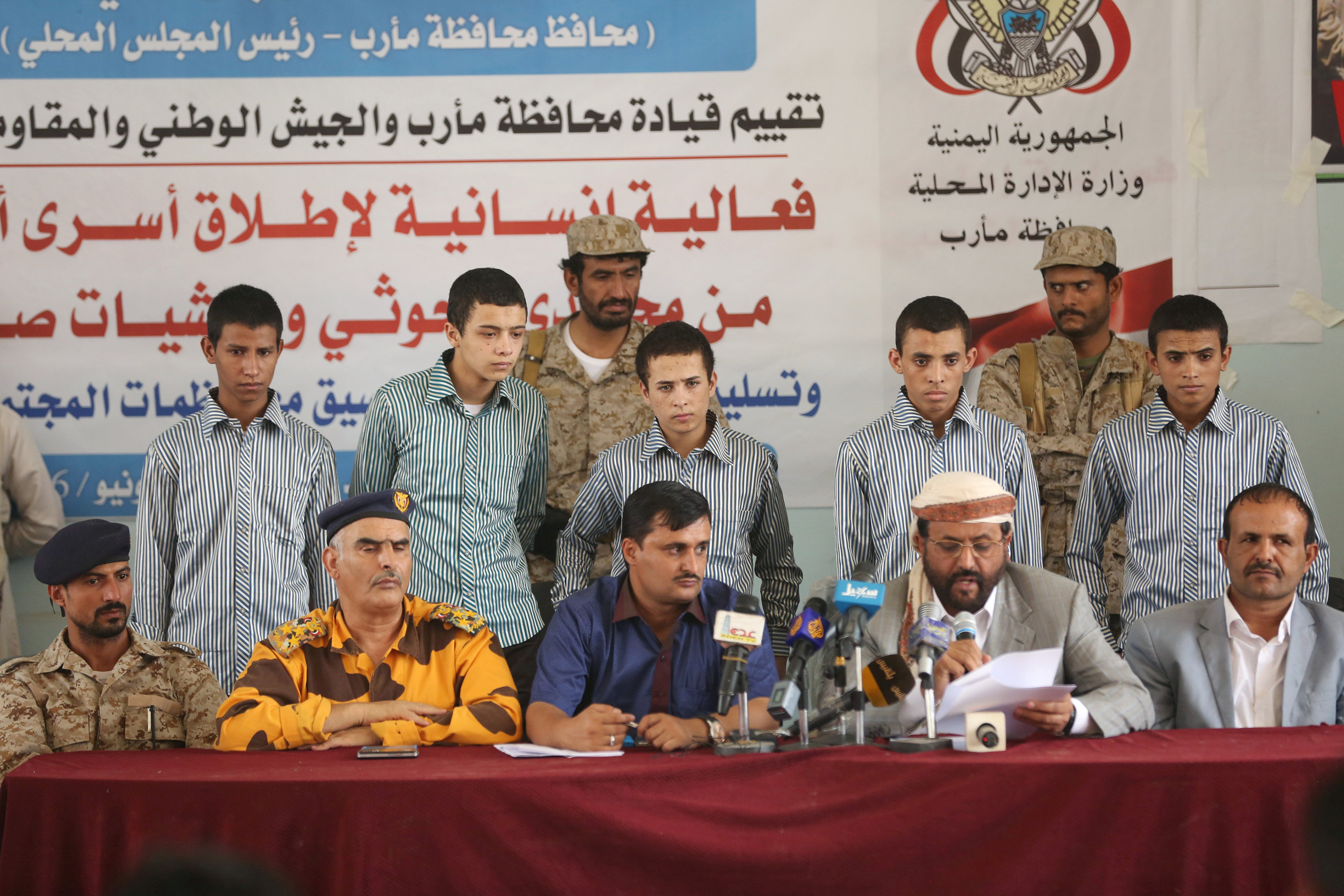 Dubai: Saudi Arabia has handed over to Yemeni President Abd-Rabbu Mansour Hadi's government 54 child prisoners who were captured during fighting with the Houthi militia, Yemen's foreign minister said on Tuesday.
Abdel-Malek al-Mekhlafi, who heads Hadi's peace negotiating team, said the children were aged between 8 and 17 years and their release showed the government and its Saudi-led coalition ally "reject the Houthi crime of using children in war".
The Houthis have not commented on such accusations. But Houthi fighters often bring in their sons to volunteer for service. Human Rights Watch said this month that both sides in Yemen's conflict had deployed child soldiers and UNICEF reported that 900 children were killed and 1,300 wounded during the conflict in 2015.
"They (child prisoners) will be freed in addition to those who had been freed in Marib," Mekhlafi said on his Twitter account, referring to a previous prisoner release in a province east of the capital Sanaa.
A coalition of Arab countries led by Saudi Arabia intervened in the Yemen conflict in March 2015 when the Houthis advanced on the southern port city of Aden and forced Hadi and his government into exile in Saudi Arabia.
The Houthis and Yemen's Saudi-backed government began UNsponsored peace talks since April to try to end a war that has killed at least 6,200 people and caused a humanitarian crisis in the country.
The UN special envoy to Yemen, Ismail Ould Cheikh Ahmed, said earlier this week that the parties attending peace talks in Kuwait had agreed to unconditionally free all child prisoners they are holding.
It was not clear how many child prisoners are being held in all, but Yemeni political sources say that the Houthis and the government submitted in late May a list of nearly 7,000 names of prisoners they say are being held by the other side.
The UN has struggled to encourage a prisoner release in Yemen coinciding with the holy month of Ramadan, which began on Monday, and over a month of negotiations have produced few concrete results. There was no immediate comment from the Houthis on any planned release of Yemeni government prisoners.