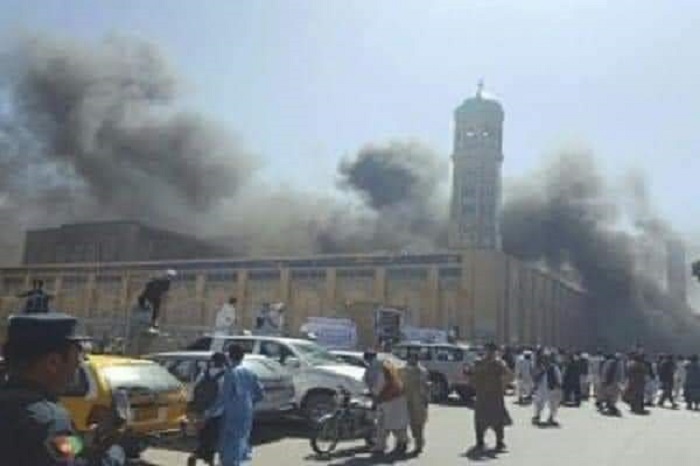 The incident took place in a crowded mosque.

Kabul : The number of people killed following a blast in a  mosque in Afghanistan's northern Kunduz province on Friday has surpassed 100, Sputnik reported citing an eyewitness.

"More than 100 people were killed and about 20 people were injured in the explosion in the mosque," the eyewitness said. The blast ripped through Sayed Abad Mosque in Afghanistan's northern Kunduz province as local residents attended the mosque for Friday prayer, reported Russia Today. So far, no group has claimed responsibility for the blast.

Since the Taliban takeover of Afghanistan in mid-August, attacks by ISIL-affiliated terrorists against them have increased. The rise in terrorist attacks has raised the possibility of a wider conflict between the two groups.

Earlier on Sunday, At least 12 people died and 32 others suffered injuries in a blast at a mosque in Kabul. The incident took place in a crowded place at Eid Gah Mosque in Kabul.