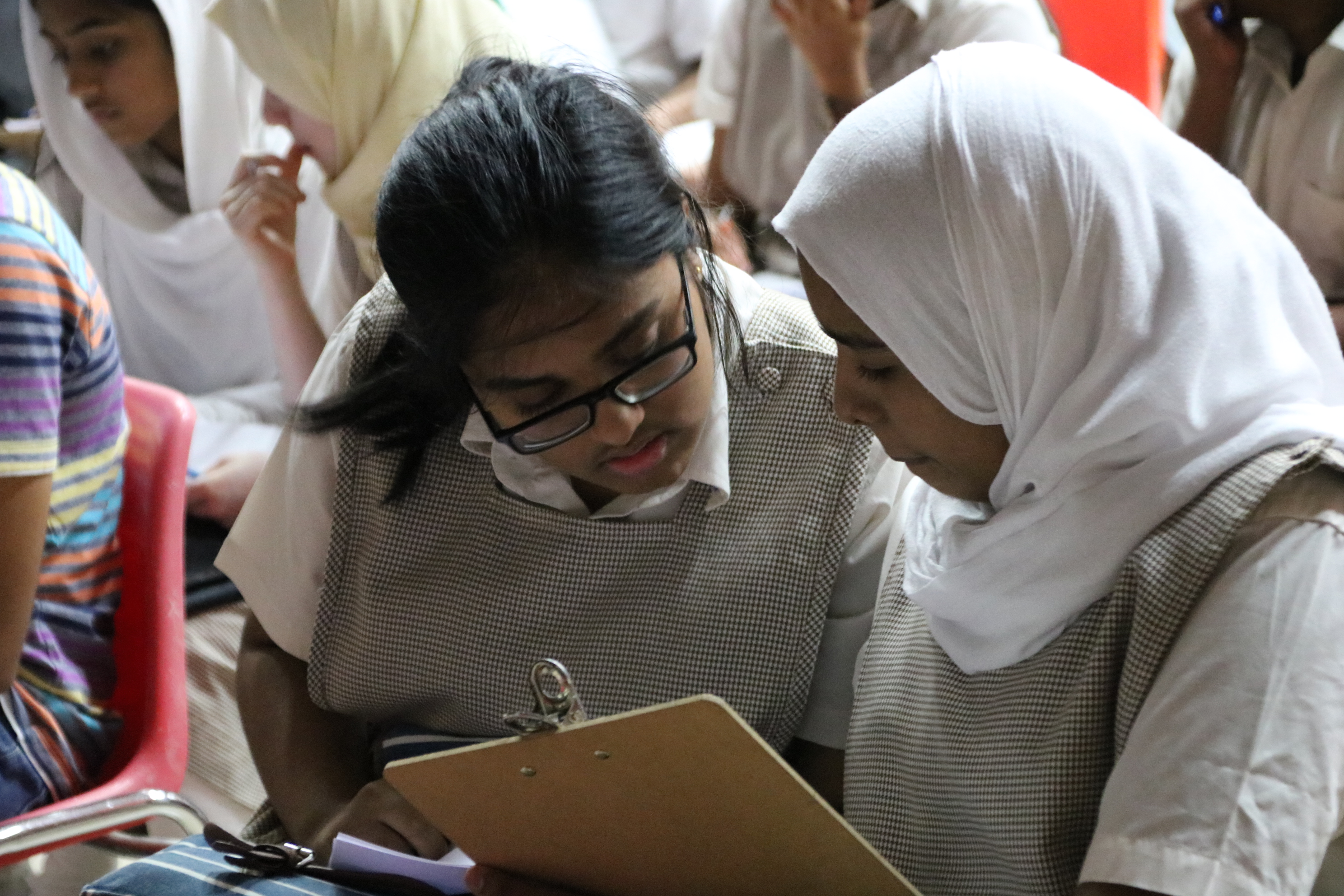 Muscat: It was an action-packed Saturday morning at the Indian School Ghubra with junior and senior students from Indian School Seeb, Indian School Mabella, Bangladesh School Muscat and host school turning out in large numbers for the prelims of Times of Oman Inter School Quiz Contest (TOOISQC).
Dr Sathish Nambiar, managing director of Eventful /DOC LLC,which is organising the 2017 edition of the Times of Oman inter school quiz said, “It was a great prelims at the Indian School Ghubra. The questions from Greycaps were fantastic. Indian School Ghubra school authorities made special arrangements to ensure smooth flowing of the multiple prelims which lasted more than eight hours. We are truly grateful to them.”
Lauding the quiz, Papri Ghosh, Principal, Indian School Al Ghubra said, “The Times of Oman Quiz is an event which generates great excitement among all the school students in Oman. Our children, their teachers and their parents look forward to this school quiz which is the biggest quizzing event in Oman! I would like to wish the organisers as well as all the students every success! May each one have a very exciting and enriching experience.”
Quiz master Lloyd Saldanha said, “What an outstanding, energetic and enthusiastic crowd of young quizzers turned out at the Indian School Ghubra prelims centre. The junior and senior sections of the all the participating schools were very well prepared and to the point. It’s always a joy hosting the junior quiz, they make you fall in love with quizzing all over again. Hopefully the rest of the schools will also have such amazing reception for the quiz.”
The interesting questions asked by the quizmaster challenged and informed the participating teams.
The senior students of Indian School Ghubra and Indian School Seeb cracked questions, such as “Which country named after an imaginary geographical line is the only South American country to use the U.S. dollar as its official currency?” (Ecuador); “A fast-flowing stream, a breed of salamander, a Marvel Comics character, the daughter of Wolverine and Storm; an Indian Business Group and a file that stores meta data used in a P2P communications protocol. What?” (Torrent); “Social media’s effect on society is often debated, criticised, and condemned. The large number of urban citizens that have a Twitter, Instagram, Facebook, or Foursquare accounts has altered traditional communication, and FOMO, is a symptom of this hyper-connectivity. Expand FOMO.” (‘fear of missing out’).
Indian School Ghubra junior students answered questions such as “What ravine with its origins from Latin meaning ‘Tube’ is called Gorge in Europe and Oceania and usually has a river flowing through it?” (Canyon) and “Called ‘Mosioa-Tunya’ meaning ‘The Smoke That Thunders’ which waterfall located midway along the course of the Zambezi River between Zambia and Zimbabwe was named after Alexandrina by British explorer David Livingstone?” (Victoria Falls)
The junior teams of Bangladesh School Muscat and Indian School Mabella answered questions such as “Which Venetian merchant traveller recorded his journeys in Book of the Marvels of the World, a book that described to Europeans the wealth and great size of China, its capital Peking, and other Asian cities and countries?” (Marco Polo) and “Beliebers are defined as fans of which Canadian musician?” (Justin Beiber).
The two mega-prelims have been fixed for Thursday, April 27 at Indian School Muscat from 4 pm onwards. The two finals of the contest are slated for Saturday, April 29, at the City Amphitheatre in Qurum.
The winning school at the Times of Oman Inter School Quiz Contest (TOOISQC) will lift the Essa bin Mohammed Al Zedjali Rolling Trophy for their school.