War crimes have been committed in Libya: UN 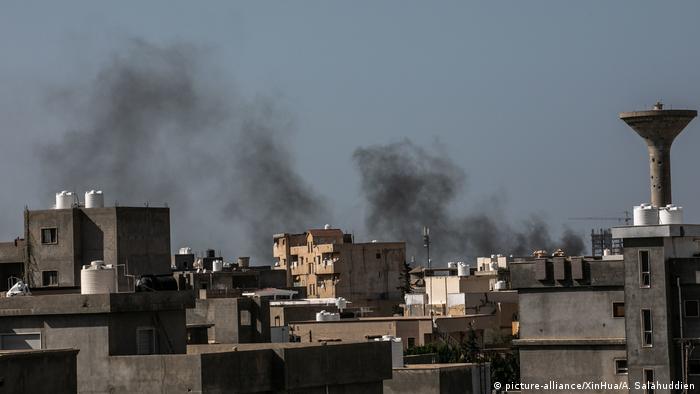 UN human rights experts said on Monday they have found evidence of possible war crimes and crimes against humanity in Libya.

The Independent Fact-Finding Mission on Libya, set up by the UN Human Rights Council, said migrants and detainees were particularly exposed to violations.

"There are reasonable grounds to believe that war crimes have been committed in Libya, while violence perpetrated in prisons and against migrants there may amount to crimes against humanity," the mission said in a statement.

"All parties to the conflicts, including third states, foreign fighters and mercenaries, have violated international humanitarian law, in particular the principles of proportionality and distinction, and some have also committed war crimes," said Mohamed Auajjar, who chaired the three-person mission.

All sides bear responsibility for the crimes


The mission was set up after the UN's top rights body adopted a resolution in June 2020 calling for the establishment of a fact-finding body to be sent to Libya.

The experts collected and reviewed hundreds of documents, interviewed over 150 people and carried out investigations in Libya, Tunisia and Italy.

They said that all sides in the nation's conflict — both Libyan and foreign groups — bear responsibility for the atrocities and crimes.

The UN body said it had drawn up a confidential list of suspects, details of which would not be revealed until they could be shared with appropriate accountability mechanisms.

Violations are committed "on a widespread scale" by state and non-state actors, "with a high level of organization and with the encouragement of the state — all of which is suggestive of crimes against humanity," the report said.

It added that migrants trying to cross the Mediterranean Sea to reach Europe are subjected to a range of abuses in detention centers and at the hands of traffickers.

What's the current situation in Libya?


Libya has been in a state of turmoil since the 2011 ouster and killing of dictator Moammar Ghadafi in a NATO-backed uprising.

Since then, rival administrations in the east and west of the country have been vying for power.

Regional powers, foreign fighters and mercenaries have also been involved in the conflict.

Russia, Egypt and the United Arab Emirates backed the eastern forces, while Turkey backed the government in the west.

The political unrest and violence in the oil-rich northern African nation has hit the lives of Libyans hard.

But major fighting has paused since last year after both sides agreed to a cease-fire and form a unity interim government. An election is planned for December.