US told to play constructive role in South China Sea 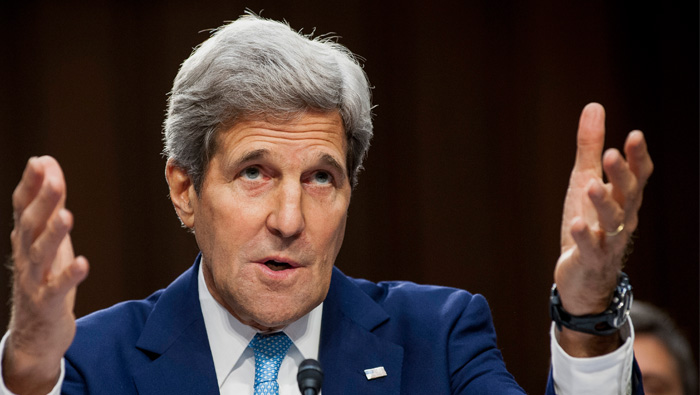 Beijing: China told the United States on Tuesday that it should play a constructive role in safeguarding peace in the disputed South China Sea, as US Secretary of State John Kerry called for talks and a peaceful resolution.
China claims most of the South China Sea, through which $5 trillion in ship-borne trade passes every year. The Philippines, Vietnam, Malaysia, Taiwan and Brunei have overlapping claims, as well as close military ties with the United States.
China has been angered by what it views as provocative US military patrols close to islands China controls in the South China Sea. The US says the patrols are to protect freedom of navigation.
Speaking at the end of high-level Sino-US talks in Beijing, State Councillor Yang Jiechi, China's top diplomat who outranks the foreign minister, said China had the right to safeguard its territorial sovereignty and maritime rights.
"China respects and protects the right that all countries enjoy under international law to freedom of navigation and overflight," Yang told reporters. Disputes should be resolved by the parties involved through consultation, he said.
"China hopes the US will scrupulously abide by its promise to not take sides in relevant territorial disputes and play a constructive role in safeguarding peace and stability in the South China Sea," Yang said.
US Defence Secretary Ash Carter said on Saturday the US approach to the Asia-Pacific remained "one of commitment, strength and inclusion", but he also warned China against provocative behaviour in the South China Sea.
Kerry said the United States did not take a position on the sovereignty of any land features in the South China Sea but thought all claimants should exercise restraint.
"We reiterated America's fundamental support for negotiations and a peaceful resolution based on the rule of law as well as our concern about any unilateral steps by any party ... to alter the status quo," Kerry said.
Kerry added that he and Yang reaffirmed their governments' commitment to upholding the freedom of navigation and overflight.
The Philippines is hoping for a favourable ruling from a tribunal in The Hague this month after it went to court in 2013 seeking clarification on its economic entitlements in the South China Sea.
China has said it will not respect the court's decision and there are fears in Manila that China may retaliate by declaring an air defence identification zone in the disputed waters or by reclaiming disputed Scarborough Shoal.
Gregory Poling, director of Asia Maritime Transparency Initiative at the US Center for Strategic and International Studies, said China would not risk an escalation if it knew the United States would try to deter its actions on Scarborough Shoal.
"What we've seen over and over in the last years, China is unwilling to risk activities that threaten deadly force," Poling told diplomats and military officials at the main army base in Manila.
"It is possible to deter them. We'll have to keep deterring them over and over. That is the test for next 10 to 15 years in this game of whack-a-mole until the Chinese decide that this is not the way to do international relations."