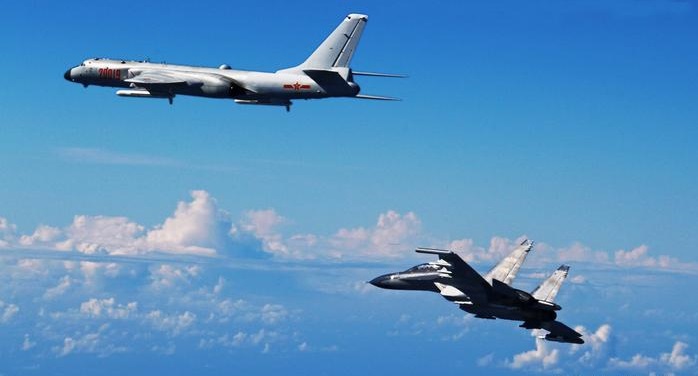 For the second day in a row, China set a record for the number of warplanes entering the island's Air Defense Identification Zone (ADIZ).

It broke the previous high, set on China's national holiday a day earlier, by one plane.

Taiwan has had an independent government since 1949, but the government in mainland China considers the self-governing democratic island a breakaway province.

Taiwan has complained for over a year about repeated missions near it by China's air force.

What happened during the incident?


Taiwan's Defense Ministry said that the Chinese aircraft came in two waves on Saturday. During the day, 20 aircraft arrived, followed on Saturday night by a further 19. Most of the aircraft were J-16 and Su-30 fighters, it added.

The aircraft on both missions flew near the Taiwan-controlled Pratas Islands in the southwestern part of its air defense zone, the ministry said, in separate statements late Saturday and early Sunday morning.

Taiwanese fighters scrambled on both occasions as a warning.

So far, there has been no comment from China.

In 2020, China made a record 380 incursions into the ADIZ, and so far this year, China has already done so more than 500 times.

China has increased the pressure since Taiwanese President Tsai Ing-wen, who said she views Taiwan as "already independent," was elected in 2016.

Earlier this week, the UK sent a warship to the Taiwan Strait for the first time since 2008. Beijing said the UK was showing "evil intentions to sabotage peace and stability."