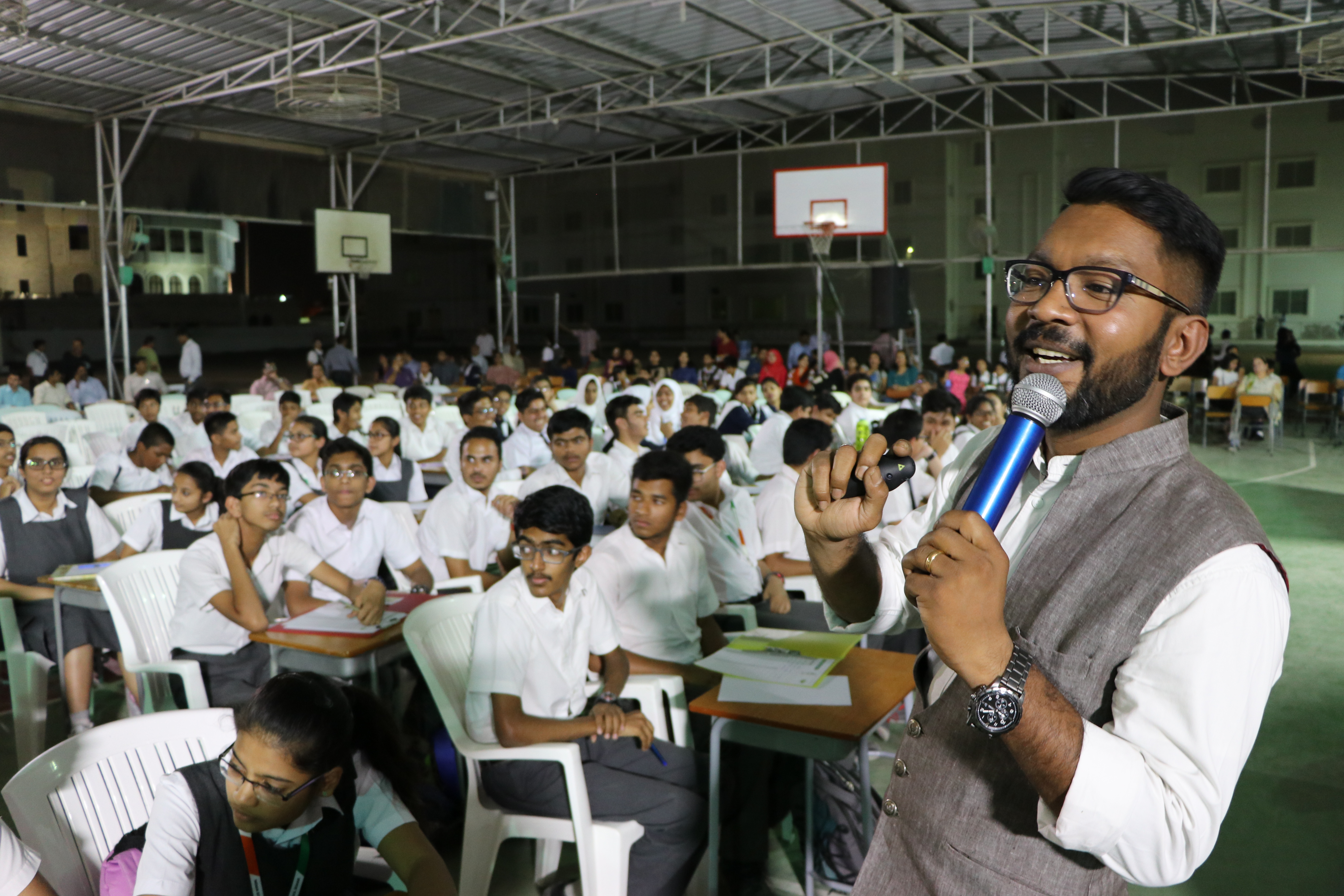 MUSCAT: Students of the Indian School Sohar and Bangladesh School Sohar ensured an impressive start to the Times of Oman Inter School Quiz Contest (TOOISQC) that kicked off at the Indian School Sohar on Thursday.
Amid an energising atmosphere, junior and senior students from both the schools participated in the quiz with much eagerness.
Sanchita Verma, principal, Indian School Sohar, praised the quiz. “Conducting a quiz for the ‘after Google’ generation is a difficult task. For this ‘after Google’ generation, everything is available at the click of a button on their smart phones. This threatens the tradition of quizzing, the competitive recalling of facts.”
“Times of Oman is keeping the tradition alive, as the format makes the students think from different angles and promotes lateral thinking.
“Memory retention is still important as the actual act of retrieving the information over and over, is what makes it retrievable when you need it. Therefore, we must learn, remember, recall and take quizzing seriously,” she said.
Quizmaster Lloyd Saldanha was once again impressed with “bundle of energies” in action.
“When you are in for a multi-course meal, the best way to start off is with appetisers. I think the Times of Oman School Quiz 2017, had the most sumptuous start at Sohar. The event was very well planned and organised by Eventful at the Indian School Sohar,” he said.
“The Times of Oman quiz, which is in its seventh year, has imbibed in the participants the concept of the quizzing style by Greycaps. They came prepared and answered the questions very well. Yet, not taking away the innocence, especially in the junior section, with all the doubts and request for hints. Overall, I thoroughly enjoyed the first quiz of this year at Sohar and looking forward to placing my posers to the other schools in Oman,” Saldanha added.
Times of Oman has outsourced the organising of the 2017 edition of the inter school quiz to leading event management company, Eventful/Doc LLC.
Dr Sathish Nambiar, managing director of Eventful /DOC LLC said, “It was a treat to watch the children in action and we are happy to organise this popular quiz this year.”
Junior and senior teams attempted a combination of visual and audio questions. Among the questions junior team answered were – “Who is Batman’s alter ego?” (Bruce Wayne); “Which Italian city is known as ‘Queen of the Adriatic Sea?’ (Venice) and “When he died on October 5th, 2011, BBC had the byline – “Three apples changed the world: The one that Eve ate, the one that fell on Newton and the one that he built” – Whose apple is being spoken to here?” (Steve Jobs).
For the seniors, some of the questions were “On the steps of which national monument in Washington did Dr Martin Luther King deliver his famous “I Have a Dream” speech?” (Lincoln Memorial); “What is the MANX cat?” (Tail-less cat) and “What does Angstrom measure?” (Speed of ships).
The two mega-prelims have been fixed for Thursday, April 27 at the Indian School Muscat from 4 pm onwards. The two finals of the contest are slated for Saturday, April 29, at the City Amphitheatre in Qurum. The winning school at TOOISQC will lift the Essa bin Mohammed Al Zedjali Rolling Trophy for their school.