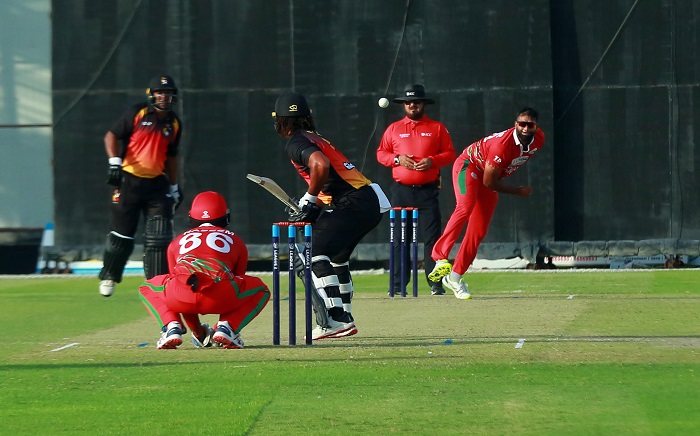 Muscat: Khawar Ali’s beguiling leg-spin and all the incomprehensible variety that came with it left Papua New Guinea (PNG) clueless as it fell to Oman’s spin again in a World Cricket League (WCL) 2 game at Oman Cricket Academy Ground in Al Amerat on Friday.

Khawar’s 5 for 15 was the highlight of Oman’s 3-wicket win that helped the team to strengthen its lead at the top to 26 points from 17 games, having won 13 and lost 4. Scotland, who Oman face on Saturday, is second with 15 points from 11 matches followed by USA which has 14 points from 16.

Chasing PNG’s 150, Oman appeared to be in the driving seat at 120 for 3 in 27 overs before losing some quick wickets to create a bit of drama in the middle. The victory was, however, achieved in the 36th over as Oman scored 151 for 7. Aqib Ilyas led the way with a solid 56, getting good support from Mohammad Nadeem and Kashyap Prajapati who contributed 24 and 21 respectively.

PNG pacer Kabua Morea did the bulk of the damage, picking up 5 for 28 in his 9-over spell.