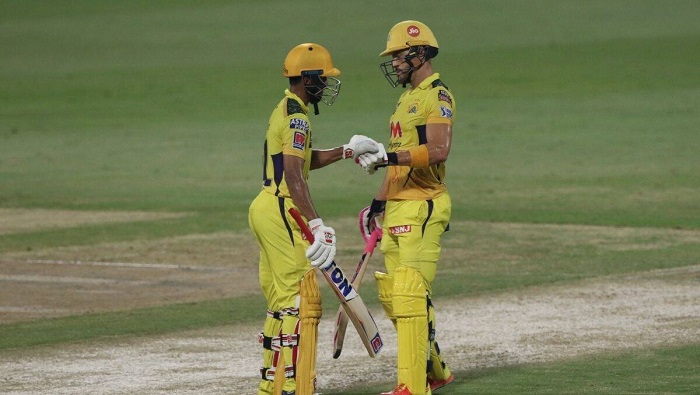 Ruturaj Gaikwad and Faf du Plessis scored 45 and 41 runs respectively before Ambati Rayudu and skipper MS Dhoni took CSK over the line in the final over. With this win, CSK consolidated their position on top of the table and became the first team to qualify for the playoffs in IPL 2021.

However, Ruturaj went back to the pavilion as Jason Holder struck in the 11th over. Moeen Ali and Du Plessis then stitched a brief 28-run stand before tables turned for CSK.

First Rashid Khan removed Moeen and then Holder dismissed Suresh Raina and Du Plessis in the same over to bring back CSK in the game.

CSK scored just 10 runs in the next three overs as the Dhoni-led side tried to calm their nerves. However, Ambati Rayudu and MS Dhoni ensured CSK chase down the target without any further hiccups. The duo scored 31 runs together as CSK defeated SRH by six wickets.