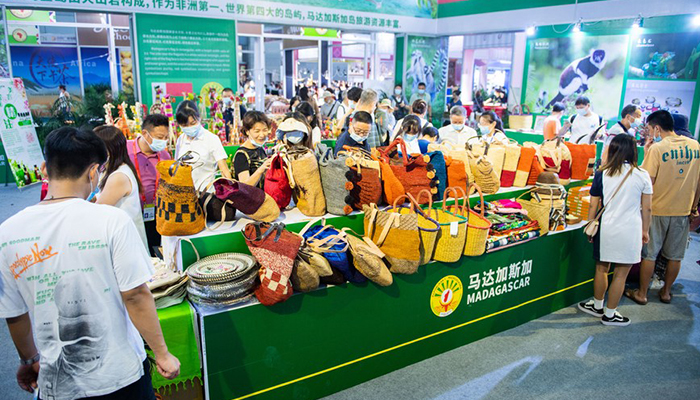 Changsha: After more than 10 years of development, the TEDA Cooperation Zone, a trusted platform for investment and cooperation between enterprises of China and Egypt, is upgrading by adding new industries.

By June 2021, the China-Egypt TEDA Suez Economic and Trade Cooperation Zone has attracted 117 enterprises in new building materials, petroleum equipment, voltage equipment and machinery manufacturing, with investment amounting to over 1.2 billion U.S. dollars. The zone, a model for China's overseas economic zones along the Belt and Road, comprises a 1.34-sq-km starting area and a 6-sq-km expansion area that is still under construction.

Based on the existing enterprises, the zone plans to extend the industrial chain to include new industries, such as the manufacturing of solar and wind power equipment for green development, said Wei, who talked with several solar power enterprises at the fair.

Both the China-Africa Economic and Trade Expo and the construction and upgrade of economic and trade cooperation zones in Africa are part of the industrial promotion initiative at the 2018 Beijing Summit of the Forum on China-Africa Cooperation. The initiative was one of the eight major initiatives proposed by China to build an even closer China-Africa community with a shared future in the new era.

Statistics showed 25 Chinese economic and trade cooperation zones have been established in 16 African countries so far. As of 2020, the cooperation zones, registered with the Ministry of Commerce, had attracted 623 enterprises, with a total investment of 7.35 billion U.S. dollars and creating over 46,000 jobs.

"China-Africa economic and trade cooperation is at a critical period of transformation, upgrading, and improving quality and efficiency," said Wang Bingnan, China's vice minister of commerce, at the opening ceremony of the expo.

Another of China's overseas economic and trade zones, Lekki Free Trade Zone in Lagos, Nigeria, has been built as a modern satellite city integrating production, living, leisure and entertainment.

After 15 years' development, the zone has 161 registered enterprises at present, operating in sectors such as oil and gas storage, furniture manufacturing, engineering construction services, industrial real estate and automobile assembly. The accumulated investment of enterprises in the park has exceeded 337 million U.S. dollars.

Tapping business opportunities in emerging industries and business form, the zone is aimed at attracting more enterprises in the sectors of logistics, e-commerce and overseas warehousing, said Lai Siqing, expatriate executive of China-Africa Development Fund (CADFund) and director of Nigeria Lekki Free Trade Zone, while moderating a discussion on sustainable investment in Africa during the expo.

He added the zone is in contact with leading Chinese logistics and e-commerce companies and will build an exposition center to improve services to new business forms.

Targeting a high-quality industrial park, the Sino-Uganda Industrial Park has set strict standards for selecting enterprises, turning down companies engaged in industries that are not environmentally friendly, said Zhang Zhigang, chairman of the industrial park.