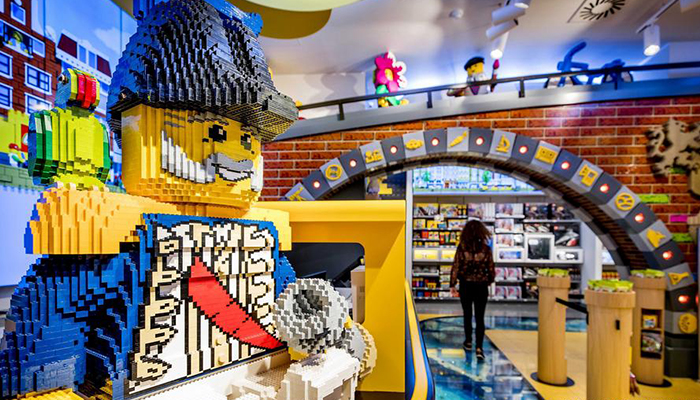 Copenhagen: Lego has turned unprecedented profits in the first half of 2021, driven by strong demand and the reopening of retail stores, the Danish toy giant announced on Tuesday.

The family-owned toy company said its net profit rose by 140% to 6.3 billion kroner (€847 million) in the first six months of the year.

While the company did not explicitly credit global COVID-19 lockdowns for the boom, Lego Chief Executive Niels Christiansen said the company has had a surge of new customers.

"Our performance was driven by strong demand for our portfolio, which has attracted new builders to the Lego brand," Christiansen said.

In addition, the easing of pandemic restrictions in countries where it operates has allowed Lego to resume its factory operations and re-open retail stores, the executive said.

"Our year-on-year growth benefited from fewer COVID-related restrictions compared with 2020 as our factories operated uninterrupted and the majority of retail stores reopened," he added.

Headquartered in Billund, western Denmark, Lego produces in Mexico for its American markets and in China for its Asian market. The production for Europe comes from factories in the Czech Republic and in Denmark.

The company had already performed well last year despite the pandemic and lockdowns, thanks to the success of Lego themes such as Star Wars and Harry Potter, and its expansion in China.

Lego was founded in 1932 by Ole Kirk Kristiansen. Its name is derived from the two Danish words Leg Godt, which mean "Play Well."