All taxis in Oman to run on meters? 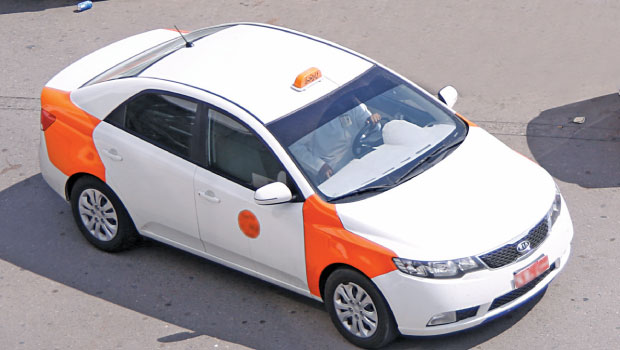 Muscat: All taxis in Oman could soon be running on meters, after the Ministry of Transport (MoT) announced a review.
“The ministry is currently reviewing the proposals for installing meters in all taxis, as seen in a number of GCC (Gulf Cooperation Council) countries and worldwide,” a statement from ministry revealed on Tuesday.
MoT also urged all old taxi owners operating at hotels and the Sultan Qaboos Port to join Marhaba taxi and those operating in airport and malls to join Mwasalat taxi.
“If they do not join, then the two companies can choose any Omani citizen owning a taxi to operate in these areas,” the statement said.
The ministry added that orange and white taxis will not be allowed to operate where Marhaba and Mwasalat taxis operate.
Read here: Taxi hailing application launched in Oman
The taxi sector is one of the most promising sectors and will contribute to several other sectors, including tourism, the ministry stated. “It will also generate job opportunities and with the introduction of new technologies it will help taxi owners in generating more business, instead of looking for customers on the road,” it said.
The sector still lacks expectations and effective regulation, as well the required security, safety and training. “This sector currently lacks the use of modern technology, which does not meet the expectation of its clients in terms of quality. The ministry has so far received many complaints and queries regarding this issue.”
It also said: “The ministry, occasionally, receives demands from local enterprises and individuals (expats/Omanis), as well tourists, for installing meters in taxis in order to know the actual tariff that they need to know. Currently, there is official and approved tariff for transportation.”
Citizens and residents were very happy with MoT’s move. “It’s a great idea as we don’t have to bargain in the middle of the road,” said Indian expat Satish Kumar, who resides in Ruwi.
Urging taxi services to be made more regulated and professional, S Kumar, a private sector employee said, “Personally, I don’t avail taxi services in Oman as it is difficult to find and then you have to bargain too much,” he said, adding that metered taxis are the need of the hour on Oman’s roads.
“Right now, we have to pay whatever they demand so taxi meters are welcomed, but the fares have to be competitive in comparison with other parts of the world. You can’t start a fare from OMR 3.5,” he added.
Meanwhile, the recently launched Marhaba Taxi service has revised its fares for a promotional period.
The fare for the first six kilometres or less will be OMR3, and for every kilometre up to the next six kilometres, 350 baisas will be charged. After the first 12 kilometres, the charge will be 150 baisas per kilometre, while the cancellation charge will be OMR1 and waiting fare will be 50 baisas.
Earlier, the fare for the first five kilometres or less was OMR3.5 and after that it was 500 baisas per kilometre.