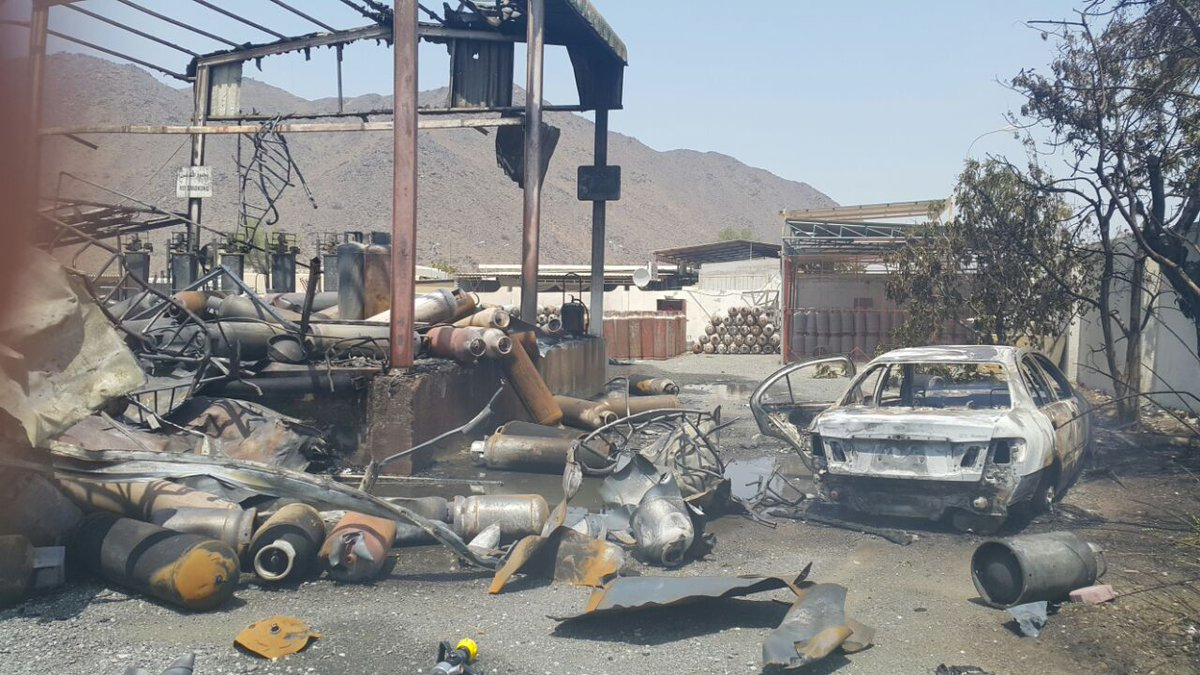 Muscat: One person was injured in a fire at a cooking gas cylinder filling company in Musandam which was eventually put out by firefighters on Tuesday afternoon.
“Injury to the person is a minor one, nothing serious and the person was taken to the hospital for further treatment,” an official from the Public Authority for Civil Defence and Ambulance (PACDA) told Times of Oman.
Speaking about the damage caused in fire the official said: “The fire has destroyed some vehicles which were parked inside the company’s premises.”
The PACDA official also confirmed that the fire caused damage to the company building and its equipment.
“Firefighters battled for hours to bring the situation under control in Musandam,” the Public Authority for Civil Defence and Ambulance tweeted in its official twitter handle.
According to the officials, they have begun probe to find out the reason for the fire.