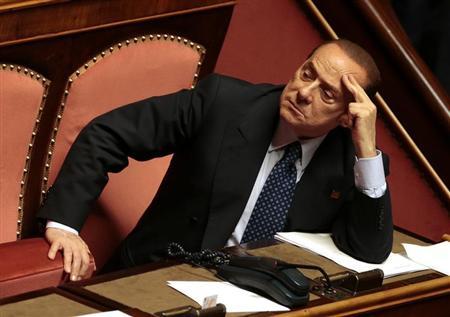 Milan: Former Italian Prime Minister Silvio Berlusconi has been hospitalised in Milan for a heart problem but his condition is not life threatening, a spokeswoman for his party said on Tuesday.
The 79-year-old centre-right leader was prime minister four times.
San Raffaele hospital said in a statement that the hospitalisation was necessary after what it called a "cardiac deficiency". Berlusconi, who had a pacemaker implanted in a U.S. hospital when he was 70, would undergo tests "in the next few days" to determine the proper therapy, the hospital statement said.